Why You Should Care: The Benefits of Clean Car Standards 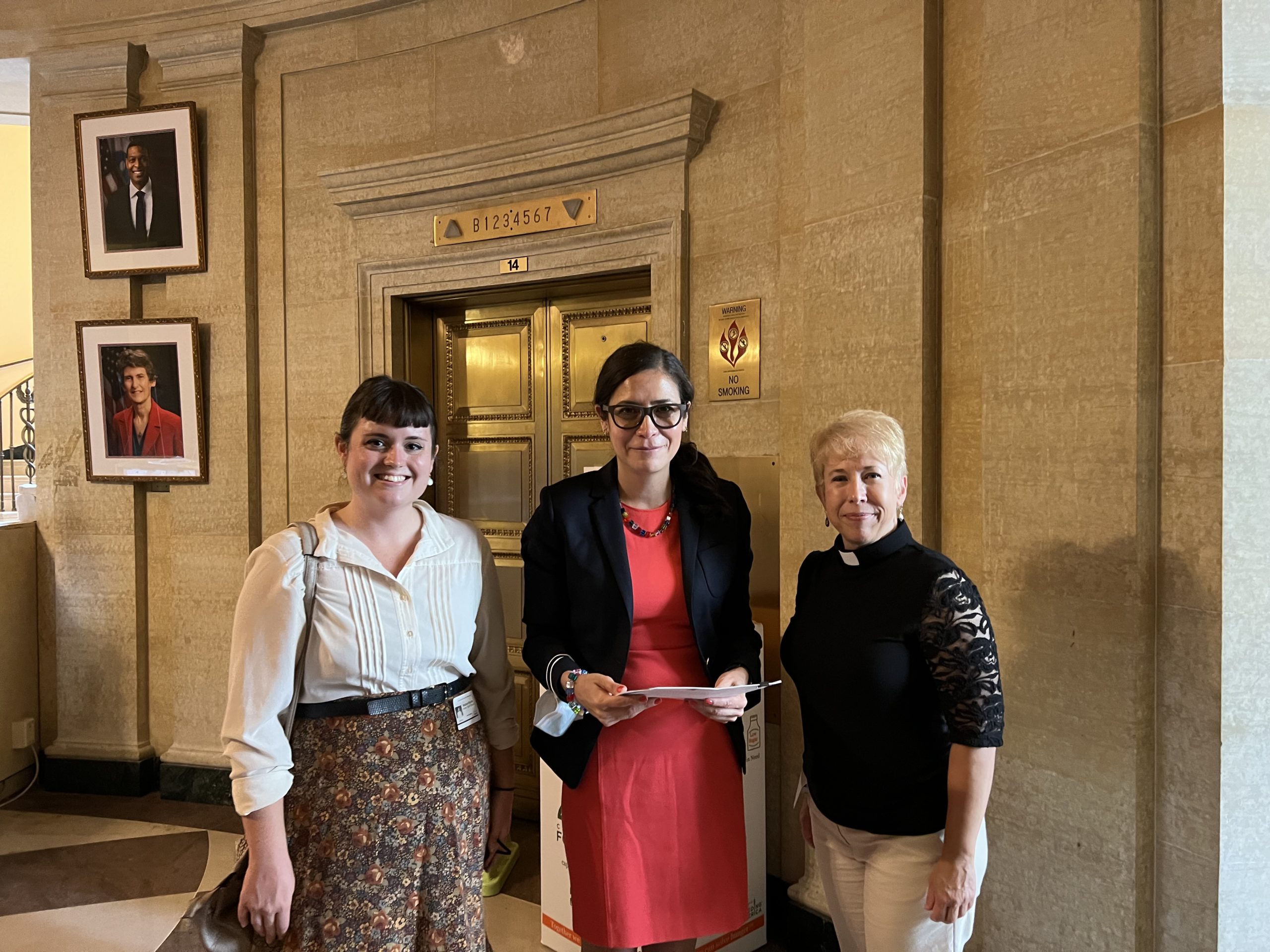 As people of faith and conscience, we believe that support for clean cars and trucks needs to be a top priority – here’s why.

Federal clean car standards make our vehicles more efficient and less polluting. These standards are common-sense measures that protect both our communities and our Sacred Earth. As people of faith, we have a moral and ethical obligation to act for the benefit of everyone with whom we share a common home. To this end, Interfaith Power & Light delivered a petition signed by more than 550 faith leaders across the country to the Biden EPA on September 8th urging them to extend clean car standards to model year 2027 and beyond. But what exactly are the benefits of clean car standards?

There are many benefits to cleaner cars, but some of the most critical are environmental, as clean car standards are one of our most effective tools against global climate change. First, it’s important to note that transportation is the number one cause of climate pollution in the United States, making up 27% of greenhouse gas emissions in 2020. Currently, over 90% of the “fuel used for transportation is petroleum based,” including gasoline and diesel. Especially concerning is the fact that while global greenhouse gas emissions need to go down in order to combat climate change, transport emissions are actually on the rise. Burning fossil fuels for transportation can also create smog and soot, which are other harmful types of air pollution. In addition, emissions from fossil fuel-burning vehicles can “cause acid rain, eutrophication (excessive nutrients that can harm aquatic ecosystems by lowering oxygen levels), damage to crops and forests, and harm to wildlife.” By setting more stringent regulations on car emissions, we can actively reduce the amount of greenhouse gasses and other forms of pollution being released into our air, which in turn will help us combat global warming.

Another major benefit of clean car standards is the protection of public health. The toxic compounds created by burning fossil fuels, like oil and coal, cause air pollution that harms our health. These pollutants have been linked to “early death, heart attacks, respiratory disorders, stroke, and asthma.” According to research from Harvard University, more than 8 million people died from the effects of fossil fuel combustion in 2018, meaning that fossil fuels are linked to one in five deaths worldwide. Even more concerning is the fact that burning gasoline additives like benzene, toluene, ethylbenzene, and xylene produces cancer-causing compounds. In the United States, more than 350,000 premature deaths in 2018 were attributed to fossil fuels, with the highest concentration of deaths in states like Pennsylvania and West Virginia, which are centers of fossil fuel mining and usage. One of the most dangerous culprits of air pollution is called PM 2.5, also known as particulate matter that is smaller than 2.5 microns in size. About 200 of these microscopic particles could fit end-to-end across a single grain of sugar. While the human body can deal with larger particulate matter like pollen relatively well, it is unable to prevent these tiny particles from being inhaled deeply into our lungs and then entering our bloodstreams.

Perhaps most disturbing is the fact that those who suffer the most from air pollution are rarely the ones who cause the majority of the damage. Communities of color and low-income communities are disproportionately harmed by air pollution. For example, “Black and Hispanic Americans are exposed to 56 and 63 percent more particulate matter pollution, respectively, than they produce.” In fact, as the percentage of the Black population in a given area increases, so does the amount of air pollution. This is especially concerning for people of faith, as all religions call on us to treat our neighbors with respect, dignity, and compassion.

Aside from the clear environmental and public health benefits, there are also significant economic savings to be had from implementing clean car standards. For example, the cost of the negative health outcomes from American air pollution is estimated to be between $886 billion to $1 trillion every year. There are also hidden economic costs associated with air pollution, such as missed school and work days and reduced economic growth. And while critics may complain that curbing pollution is too expensive, “the Clean Air Act offers a stunning example: it cost $65 billion to implement and saved $2 trillion in avoided costs – a 30-fold payback.”

Implementing clean car standards for future automobile models is more than a moral imperative– it also makes environmental and economic sense. At this point, we can no longer afford to wait. We as people of faith have a special responsibility to advocate for these life- and climate-saving standards. Clean car standards are an integral step towards addressing climate change for our communities, future generations, and our Sacred Earth. We need your support – read more about IPL’s work to instate national clean car standards here, and join our fight here.