COP27 – What We Love We Will Protect 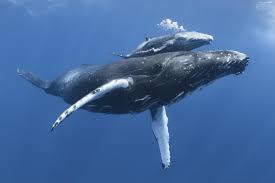 Two stories I heard on the way to COP27, the latest United Nations climate change conference, being held in Sharm el-Sheikh, Egypt, reminded me of the truth that “what we love we will protect.” These stories taught me something new about this saying; we love beings with souls, and we have to see and believe that a being has a soul to let us truly love them.

I don’t need to review that empire-building projects depend on strategies of domination and the reduction of ensouled beings – humans and other kinds – to mere things. We are in an advanced stage of empire-building, that, in the last hundred-plus years has crescendoed and rushed the objectification of life. The two stories show how this process of reducing life to “things” can be reversed, and in turn, how disregarded and objectified beings can claim their places in the Beloved Community. I’d like to review the dynamic of getting a soul back as I see it in these two stories.

The first is a story about some plucky – better yet, tremendously courageous, indomitable – wild cows on Cedar Island, North Carolina who survived a deadly storm surge. True Grit, by J.B. MacKinnon appeared in The Atavist Magazine, and was entirely gripping and moving throughout.

MacKinnon describes how there are wild horses and cows on Cedar Island, as on several other North Carolina and Virginia islands. People are interested and invested in wild horses, not wild cows. After some background on the horses, the cows, and the people who live on Cedar Island, MacKinnon, the plot then moves us into the drama and the science that concocted a rare and deadly storm surge during the onslaught of Hurricane Dorian in September 2019.

Dozens of horses and cows drowned in the surge, but days later hoof prints of cows were found in an entirely different area, many miles from the cows’ normal range. Eventually, four cows were found who swam between 28.4 and 40 miles to safety. MacKinnon points out that the low number, 28.4 is more than the distance swum by hardy people daring the British Channel. And these were cows, not practiced trained swimmers.

The story of the incredible feat of survival by these four cows won them names – Dori for the most famous of the four – a sign of a changed status, from a thing to an ensouled being. MacKinnon also goes on, prompted by his own reactions to this story, to learn about the feelings of cows and social lives of cows. Both of these qualities of life are denied to them daily, as 36 million cows are slaughtered each day worldwide. If we recognized cows as ensouled beings, how would our treatment of them change?

We can begin to answer that question by turning to the other story I found during my trip to COP27, the documentary The Loneliest Whale, the Search for 52, written and directed by Joshua Zeman. The 52 in the film’s title refers to the hertz number for a particular whale identified by sound off the coast of California in the 1990s. 52 hertz is not a frequency used by any other whales documented at the time. No whale was ever heard responding to this mysterious, singular whale, thus the sobriquet that went viral for this loneliest whale.

The whole documentary is fascinating, and I recommend it to you. But how it fits with our Cedar Island ensouled cows is this: Zeman works in some background on our relationship to whales, particularly the hunting of whales. In the early days of the Industrial Revolution, before the discovery of oil and natural gas, whale oil was big business, alongside coal. Whales and coal fueled the burgeoning Industrial Revolution.

But Zeman points out that the slaughtering of whales didn’t abate after the advent of fossil fuel usage. In fact, whales were at the point of extinction in the late 1950s, with 33,000 a year being killed using industrial, even war-like techniques. There was no romantic pitting of humans against whales in 20th Century whale killings; it was as efficient and gruesome as any on-land slaughterhouse.

Then something remarkable happened. In 1967, Roger Payne and Scot McVay, bio-acousticians, discovered the complex, haunting songs of humpback whales. These songs last an average of 30 minutes, and are sung by pods – choirs, I would say – of male humpbacks. Payne rhapsodized himself, calling the whale songs, “exuberant, uninterrupted rivers of sound.” The paper that Payne and McVay published created a sensation in the scientific world, but this was nothing compared to what happened when motivated by his desire to halt the killing of whales; Payne released an album, Song of the Humpback Whale.

People were enraptured by the whales’ songs, and very soon a robust, global Save the Whales movement arose. Again, I think that what we witness in this history is the emergence of beings who had been denied their status as ensouled, and were brought back into the fold of the Beloved Community. Who would feel comfortable slaughtering these virtuoso singers, singers within families and communities? Not many would! By the numbers – Zeman points out that today the annual number of whales killed is 1% of what it was in the 1950s before the release of Song of the Humpback Whale. This is 330 compared to 33,000!

What’s the relevance of all the above? The Presiding Bishop’s Episcopal delegation at COP27 takes its place among hundreds of NGOs and business groups, all outside the official negotiating parties representing member nations of the UN. Within that great crowd of NGOs there is a smaller, but still an impressive number of faith bodies of which we are one. It has been my thought since we began participating at the historic Paris COP in 2015, that we are here to “be the Church,” to represent, and embody what we believe, and do this work with marvelous faith partners.

There are several commonly held truths among the faith bodies at the COPs. I believe that one of them is that the Earth is sacred and that all its’ life is sacred. To respect the Earth and all life as sacred is not, I wish to underscore, to say that salmon should no longer be fished or caribou hunted, but to say that the approach to the taking of life is one held and enacted with respect, reverence, and gratitude for the life taken.

Respect, reverence, and gratitude – how we relate to all the life God has made, human and non-human – are spiritual qualities that the world’s religions and spiritual traditions both cherish and cultivate. How would our effort to turn back climate change and reduce the degradation of the environment fare if this effort sprang from a source of respect, reverence, and gratitude?