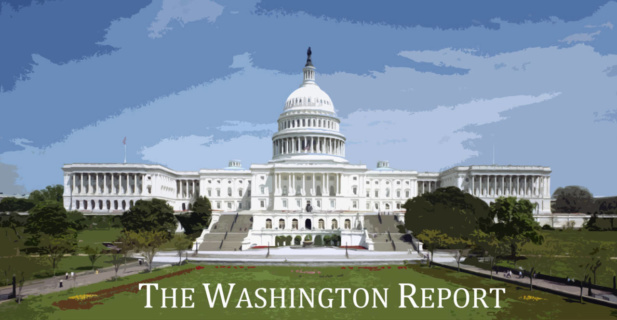 The federal budget process is churning along in the House. The House passed a series of spending bills at the end of July that would expand funding for the environmental priorities, while also blocking the Trump administration from implementing several rollbacks of important environmental protections. The Senate, however, has not yet started their budget process and is expected to reject the House’s proposals. It’s likely that the current federal budget, which expires at the end of September, will be extended (called a “continuing resolution”) until after the election.

DC set several heat records in July, with 28 days at or above 90 degrees. It’s likely the new normal, as climate change brings Texas’ climate to the mid-Atlantic. Is that relevant to our advocacy? Maybe not, but we sometimes forget that our representatives are people like us, who can be influenced by their physical surroundings. Just as misguided climate skeptics bring snowballs from the DC streets into Congressional hearings, they may also bring a subconscious desire to do something about the sticky heat they’re now feeling on a daily basis.

The main news out of Congress, however, is on the messy negotiations for the next Covid-19 relief bill. The federal evictions protections and expanded unemployment benefits that were signed into law with the CARES Act in March expired in the last week of July, bringing deep pain for families across the country. The next bill needs to care for those basic needs, while also recognizing that this moment is an opportunity for senators to bring a sustainable vision to long-term recovery.

Based on current negotiations, the next bill is likely to include another round of $1200 stimulus checks and more funding for small business relief through the Paycheck Protection Program. There is also likely to be some funding for health and education, and there is interest in both parties for some kind of extended unemployment assistance, although Republicans have been trying to reduce the level of assistance from $600 per week to $200.

Nowhere is that more evident than on clean energy issues. In an exciting development for our work, a group of seven Republican senators, many of whom are up for reelection, signed onto a letter urging support for clean energy in the next relief bill. The letter didn’t specify, but it’s assumed that they’re referring to the suite of clean energy tax credits we’ve been championing for the past year. Sen. Thom Tillis (NC) headed up that letter, and special thanks go to North Carolina Interfaith Power & Light for the relationship they’ve helped build with his office.

However, in the same week, a separate group of Republican senators signed onto a letter explicitly opposing extending those clean energy tax credits for wind power. Those divisions make it especially difficult to know where our priorities stand and the chances that any will be included in the final bill. Given that a final deal will ultimately need support from 60 senators, we think it’s still worthwhile to be pushing our priorities for a faithful recovery.

Our priorities for a green and equitable economic recovery:

This is an important time to be contacting your senators by phone and email! Social media is also extra effective right now, and you can use this toolkit from a past virtual rally to tweet at your senators. Talking points are also available here.

The Great American Outdoors Act was signed into law on August 4th, marking a rare legislative victory for conservationists. The bill, which greatly expands funding for public lands and waterways, gained momentum as a top priority among western-state Republican senators in tough reelection races.