Vote Your Values This November

This op-ed by the Rev. Talitha Arnold and Larry Rasmussen was originally published in the Santa Fe New Mexican on August 15th, 2020. 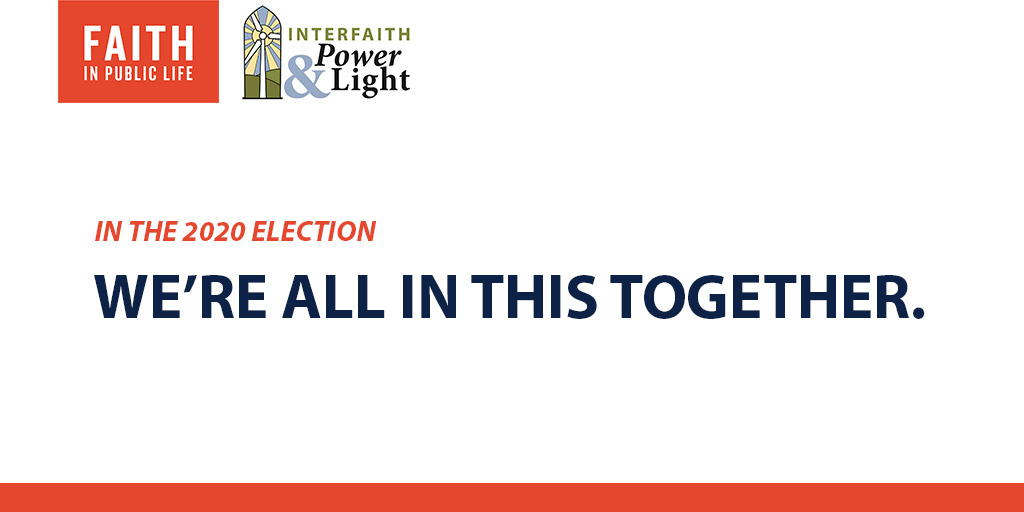 Whether we step into a voting booth this fall or put our ballot in the mail, we’re participating in what may be the most decisive election in our lifetime — no matter our age.

Each subject is an ethical project, each a clear case of tapping core values and voting accordingly.

The guide is nonpartisan and endorses no candidates. Instead it focuses on the issues and values at stake to aid voters as they make up their own minds about which ovals to pencil in.

The guide does have a bipartisan audience “bias,” however. Like Pope Francis’ Laudato Si’: On Care for our Common Home, it is faith-based and is addressed to all persons of goodwill. Thus the specific audience is, as the subtitle indicates, “A Reflection Guide for Faith Communities.”

Despite this bipartisan “bias,” the guide’s questions for reflection and candidates are for all persons of goodwill. They neither assume nor require religious affiliation. At root the issues are moral and ethical. Votes are value-based whether or not there is religious motivation.

How can the guide help clarify those values as we prepare to vote? Here’s an example from “Democracy and voting rights:” Historically, democracy has been the matrix for achieving a common good. As the late warrior for democracy John Lewis affirmed, the vote — whether national or local — is “the most moral means for non-violent social transformation.”

Yet democracy is not only the right to vote, the “franchise.” Votes mean little if influence can be bought or subtly coerced. Rather, democracy is genuine when, in addition to the franchise, two conditions exist.

Democracy is not unfettered liberty married to corporate-regulated markets in the interests of an ownership society represented by concentrated wealth. The “right to vote” in a system in which the fortunate few dominate the rest is not democracy. It’s plutocracy. Democracy requires a balance of its own classic values — freedom and equality as parallel principles of a justice that leads to a more communitarian democracy.

If ever there were a time for people of moral courage to step up and vote their values, it is now. The voter’s guide can help, be it on democracy, health care, economics or other closely related issues.