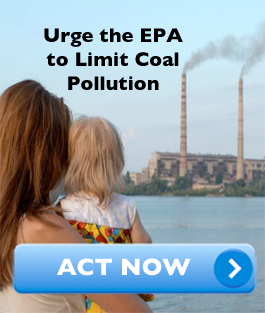 From Pittsburgh, PA to Denver, CO people of faith across the country are speaking out in support of the EPA carbon pollution standards. But Big Coal continues to spread myths and fear about what will happen when the health of our communities gets in the way of their profits.

Here are the top five myths they are promoting, and why they are so outrageous.

The Top 5 Myths About Coal:

Myth #1: Curtailing coal will have a devastating effect on American jobs

In 2013, 89,838 individuals were employed by the coal industry compared to 142,698 individuals employed by the solar industry (1). Coal jobs have been decreasing, but this is largely due to increased automation and efficiency in coal mining: While coal jobs in two major coal states, Kentucky and West Virginia, have decreased from 79,000 in 1983 to 41,000 in 2012, the states’ combined coal output has remained steady, dropping from 245 million short tons in 1983 to 240 short tons in 2011 (2). Coal workers are losing their jobs, in part, to horrific “efficiencies” like mountain top removal, where the top of the mountain is blown off to get at the coal seams.

This idea relies heavily on new methods such as “Carbon Capture and Sequester” (CCS) which will store carbon pollution from coal-fired plants in underground geological formations, a method that will use 10%-40% of the energy created by the power plant (5). This, and the added cost of creating a CCS system, will almost double the cost of creating new coal-fired power plants. Most importantly, CCS won’t be available at a large scale until 2030 and even oil giant Shell, “doesn’t see CCS being widespread until 2050.” Unfortunately, CCS is still a hypothetical solution, not a reality. With approximately 6,000 to 10,700 deaths attributed to air pollution from coal-fired power plants each year, (4) we can’t afford to wait.

Myth #3: The federal government is waging a “war on coal”

The federal government has been ordered by the Supreme Court to enforce the Clean Air Act and rein in global warming pollution. Power plants are the nation’s largest emitter, so the EPA’s first-ever proposed limits on carbon pollution will address all power plants. The decline in coal jobs is nothing new, in fact, coal jobs have been declining since 1983, long before the current administration and long before the EPA carbon rules (2).

Myth #4: EPA limits on carbon pollution will cause electricity rates to skyrocket

This is the standard old saw the industry uses every time a new regulation is proposed, whether to limit air pollution or require more renewable energy sources. In the long run, greater efficiency and greater reliance on renewables whose fuels (sunlight and wind) are free, will reduce electricity rates. The American Wind Energy Association published a study that found that consumer rates declined over the past five years in the eleven states with the most wind powered electricity, while all other states saw a collective increase in rates. Americans will save money through reduced health care costs as well. The EPA estimates that the new carbon rules will help avoid 2,700 to 6,600 premature deaths and 140,000 to 150,000 asthma attacks each year. This means that for every $1 invested in clean energy, Americans will reap $7 in health benefits. (8)

Yes, this is an actual claim of some pro-coal groups (6). They say animals thrive in the open landscape. Let’s get our facts clear: Mountain top removal has destroyed more than 500 mountains, encompassing 1.2 million acres – roughly the size of Delaware. (8) With the destruction of their habitat many birds are in danger, including the cerulean warbler whose population has steadily declined by 70%. Fish such as the blackside dace have also been severely impacted by mining waste that has filled nearly 2,000 miles of Appalachian streams. According to the US Fish and Wildlife Service, “The most significant factor in the decline of the blackside dace has apparently been habitat degradation from siltation, particularly in relation to surface mining.” (8)

You can stand up to Big Coal by telling the EPA that you support the carbon pollution standards and educating your friends and family about the effects of coal.

There is no debate: Coal is bad for our health, our economy, and Creation. Tell the EPA you support the Carbon Pollution Standards today.