The Results are in: 2020 Faith Climate Justice Voter Campaign Research Shows Campaign had a Measurable Impact 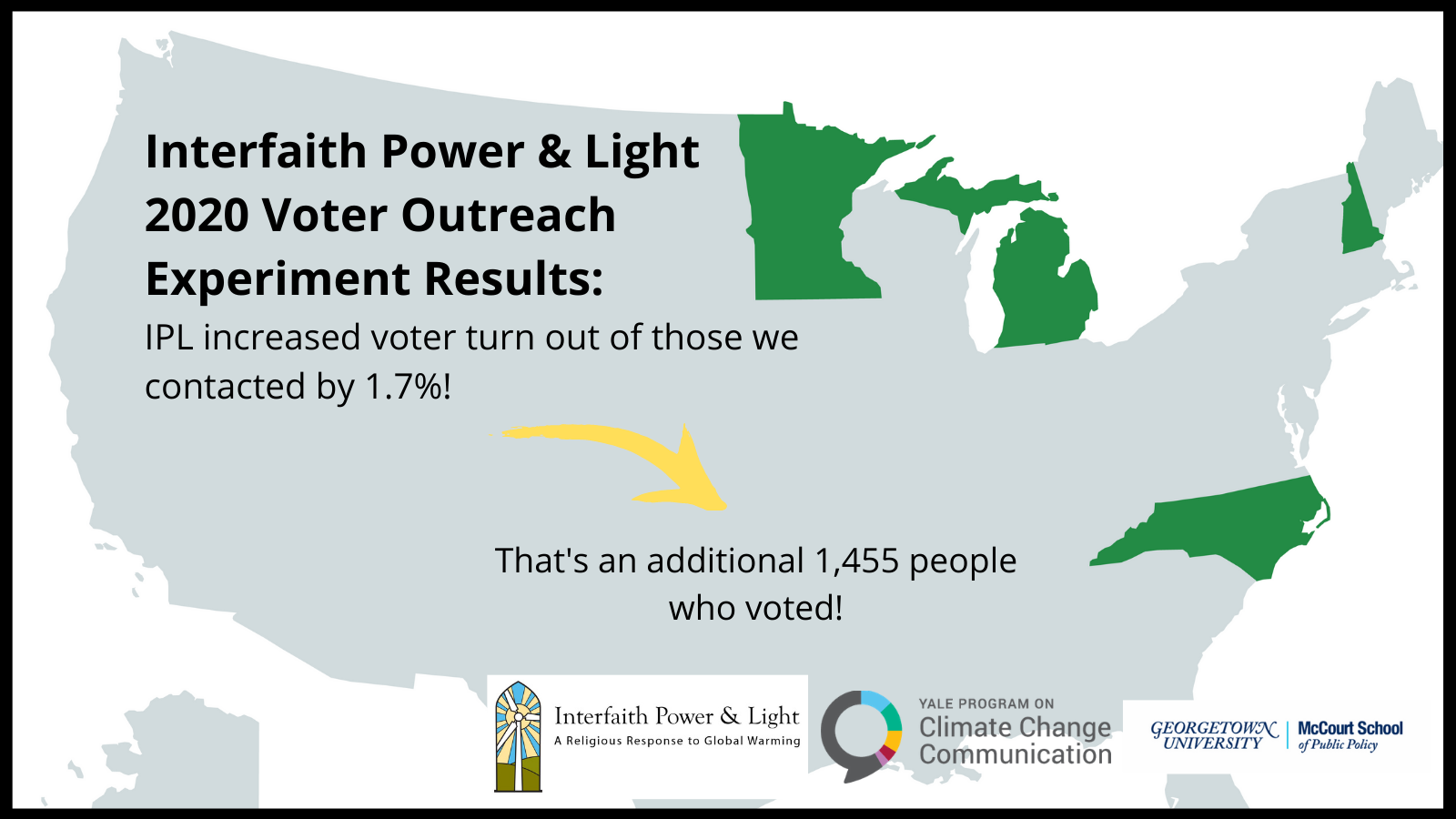 Congregations, faith communities, and volunteers around the country helped mobilize faith voters to vote their values of caring for Creation and loving their neighbors.

While 2020 was IPL’s first civic engagement campaign at such scale, we were able to build a multi-faith, multiracial coalition. The campaign worked nationally with a focus on seven states where IPL state affiliates organized by collecting voter pledges, recruiting faith leaders to give sermons, distributing a voter guide through congregations, and commissioning a poll of religious voters. Our work grew into a multi-faith coalition of groups also doing their first-time civic engagement work at scale.

A couple months into the pandemic, people were attending worship services by Zoom, which made organizing congregants extremely challenging. IPL made the decision to reach out to faith voters beyond our base, given our base supporters were already good voters. With the help of the Yale Program on Climate Change Communication (YPCCC), we crafted a campaign to reach out to infrequent faith voters likely to be receptive to climate messages. For four states, we created an experiment to measure the impact of that voter outreach.

We knew we wanted to reach infrequent voters, people of faith, and people with whom a climate message would resonate.

We crafted an experiment with this research question: Does the text campaign increase voter turnout among the treated group who received messages from IPL volunteers? 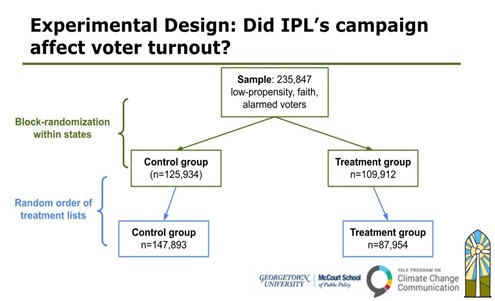 We created a list of 235,847 infrequent (low-propensity), likely to be climate alarmed, religious voters in North Carolina, Minnesota, Michigan, and New Hampshire.

Voters in the treatment group received text messages from IPL volunteers working on the campaign.

Our campaign incorporated voter outreach best practices of a voter pledge, sharing our non-partisan multi-issue faith voter discussion guide, asking them to get three friends to vote, and get out the vote.

The analysis shows that IPL’s voter outreach program increased voter turnout by 1.7 percentage points. The model suggests that 1,455 additional people voted because of the campaign. 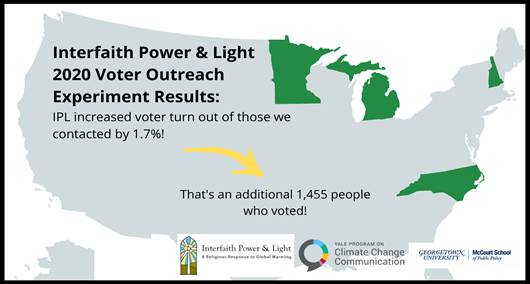 These results show that this portion of IPL’s voter outreach program had a measurable impact- three times more effective than benchmark campaigns.

While this experiment did not encompass the full breadth of our campaign work, it does provide a snapshot of our campaign impact. IPL will apply this learning to our future voter outreach and civic engagement. Stay tuned for our 2022 Faith Climate Justice Voter campaign.