Tell your senators: let the EPA do its job! 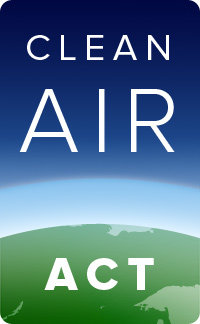 Please call the Senate switchboard at (202) 224-3121 and urge your senators to oppose the attacks on the EPA that the Senate is taking up. Tell them you believe, as a person of faith, it is a moral imperative to protect our children and the most vulnerable among us from the biggest polluters.

The attacks on our environment and our health are continuing in Washington. Some of our elected officials in Congress who wish to stop the EPA from doing its job are relentlessly attacking the Clean Air Act.

The House already passed a budget bill with devastating cuts to the EPA’s budget and numerous amendments to handcuff the agency’s ability to enforce clean air protections. House Energy Committee Chair Fred Upton has championed a bill to block the EPA from addressing global warming in any way, despite the Supreme Court order to do just that.

Senate Minority Leader Mitch McConnell (R-KY) has now proposed amending an unrelated small business bill with a version of Upton’s Dirty Air Act, as introduced by Senator Inhofe (R-OK). This amendment would permanently repeal the Clean Air Act’s authority to set limits on carbon pollution. And Senator Rockefeller (D-WV) continues to push yet another bill that would delay the EPA’s ability to control global warming pollution for 2 – 4 years.

Since 1970, we’ve relied on the Environvental Protection Agency to protect our health by reining in the nation’s biggest polluters. As people of faith, we must continually make the moral case in urging the EPA to protect our air quality and especially the health of children, seniors, and the most vulnerable among us.