Tell Congress: “The air we breathe is not up for negotiation.” 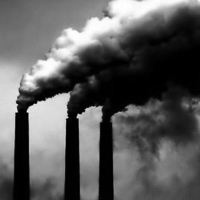 The House and Senate leadership appear to have reached aÂ temporary two-week budget extension, thankfully, without the EPA attacks in the House spending bill. But the longer term budget battle is only delayed, and so far, the House leadership is refusing to back down on their spending bill that guts core environmental safeguards. Please let your representatives hear from you today. The House-passed bill poses a reckless threat to the air we breathe. It represents skewed values that favor polluters over children’s health.

A report released today by the U.S. Environmental Protection Agency (EPA) estimates that the benefits of reducing fine particle and ground level ozone pollution under the 1990 Clean Air Act Â amendments will reach approximately $2 trillion in 2020 while saving 230,000 people from early death in that year alone. Â The report studied the effects of the Clean Air Act updates on the economy, public health and the environment between 1990 and 2020.

The House spending bill cripples the EPA by slashing its budget by 30%, while fossil fuel subsidies continue. It bars the agency from curbing carbon pollution, and cuts clean energy research and development that is crucial for job creation and economic revival. The spending bill even blocks the air pollution standards aimed at cleaning up toxic pollutants, like mercury.

People of faith have a responsibility to speak out against this attempt to hold our environment and our health hostage to special interests and sacrifice 40-year-old environmental safeguards. The moral voice of the faith community needs to be heard now more than ever.

Will you help me stop this dangerous bill in the Senate? The fossil fuel industry’s lobbyists are walking the halls of Congress at this moment. It’s up to us to defend our families, neighbors, and future generations.

Please tell your elected officials that the air we breathe is a God-given human right, not a political bargaining chip.