As part of its 10% Challenge submission, St. John’s Episcopal Church in Oakland installed a solar system designed to minimize its electrical expenses. After two and a half months they have accumulated about $900 worth of power credits to offset our winter /cloudy day usage. With its annual “true-up” date being May 2011 it looks as though they are on target for a “zero” annual cost for our electrical usage. This will save the church about $7000 a year.

Other activities included the production of a twenty minute educational film to help the congregation focus on reducing its trash to zero and doing a better job of handling its compostable and recyclable waste. Its goal is to do away with the need for a trash container at all thus lowering our waste management expense. The film was a production of the Church’s Ecology group in partnership with an environmental student from Albany High School.

Finally, the church had an Energy Audit and Analysis done, looking back five years. The Audit revealed a need to correct separated heat ducts (discovered during the audit) and weatherstrip all exterior doors. This work was also done in partnership with a student from the Albany High School Environmental Studies Program. 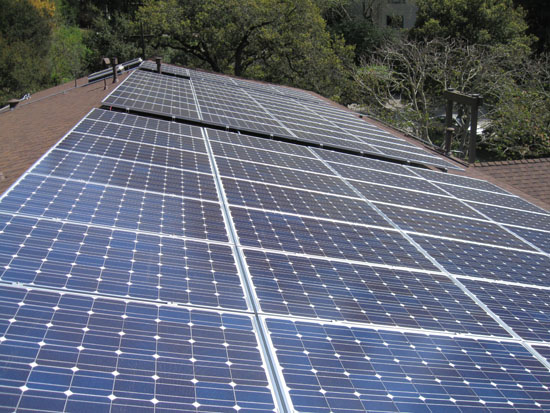