A quick update before heading to bed on a snowy winter night. The sun sets about 3:30 and rises about 8:45, so the nights are long.

Al Gore offered his perspective on the COP thus far and pleaded for parties to set aside differences to hold the common good and look to the future generations. We do not have the luxury of time, in fact, to settle the details of an agreement. He suggested a meeting in July in Mexico City rather than December. He also said Congress must meet a deadline of April to have a bill passed in the Senate.

He said, Â¨The fundamental question is who are we as human beings if at some future date the next generation lives in a world with declining prospects and no possibility of reclaiming the beauty of this planet. They will look back at Copenhagen and ask why did you let this fail? What were the arguments? Didn’t you realize that we were at stake?Â¨

Drawing upon the belief in the higher nature of people, Gore said he believed we can come to an agreement. 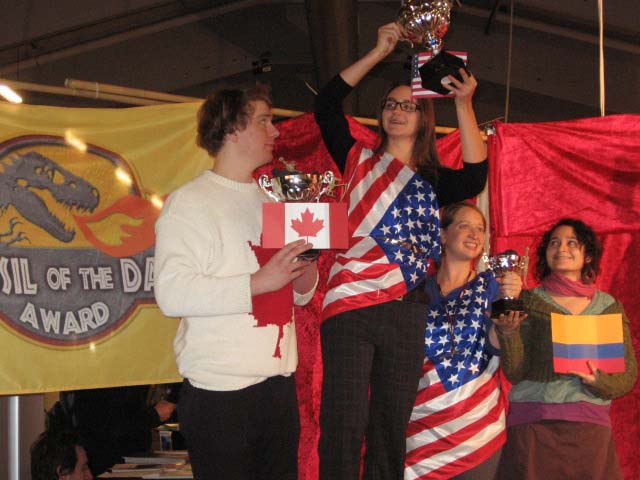 To end the day on a lighter note, CAN, Climate Action Network has a fossil of the day award each day. The US took honors today by sharing second place with Colombia for creating more mire in the reforestation and forest preservation proposal and the US took first honors for disagreeing with other countries on a shipping proposal that could assist in raising money for adaptation. One must find humor here and CAN does a marvelous job and educates at the same time.

The opening session of the high level negotiations have begun. More dignitaries will come and more NGO’s are being literally placed out in the cold. Yet, we keep hearing how important the civil society is. We will see how clearly our voices have been heard.

Let us continue to pray for light in this solstice time.