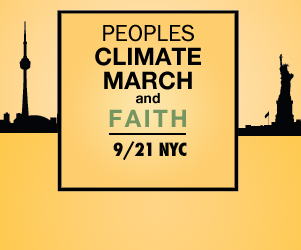 The climate crisis is widely acknowledged by people of all faiths as the biggest moral challenge the world has ever faced. 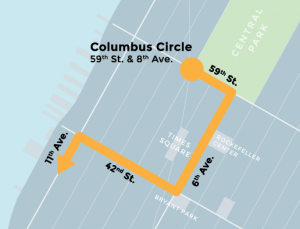 Together with our brothers and sisters of all nations, traditions, and with the whole world watching, we’ll take a stand to bend the course of history. On September 21, we will join the Peoples Climate March to demand our world leaders answer this moral challenge and take big steps to reduce global greenhouse gas emissions.

We believe a brighter future is within reach: a world with an economy that works for people and the planet; a world safe from the ravages of climate change; a world with good jobs, clean air and water, and healthy communities; and, a world where people step up to the plate and act as good stewards of the Earth.

Join us! There are several Interfaith Power & Light state affiliates planning buses and activities. If you’re interested in taking part, visit the IPL closest to you to plan your trip and to learn where everyone is meeting before the march, or scroll down if you’re not in these states.

New York Interfaith Power & Light has been busy working on the People’s Climate March. They’ve been part of the planning committee for people of faith, and have been helping to coordinate housing for out-of-town visitors.

Delaware Interfaith Power & Light is working with the Sierra Club, the League of Women Voters, Pacem in Terris, Students for the Environment at the University of Delaware, and others to get a good turnout for the New York march. Click here to learn more about buses going from northern Delaware to NYC and back on Sept. 21.

North Carolina Interfaith Power & Light will be participating in the march in NYC.

New Mexico Interfaith Power & Light is spearheading a Climate Pilgrimage: Connecting the Dots event in Albuquerque and another event will be in Santa Fe. Information will soon be available.

If you’re outside of these areas, visit Peoples Climate March to sign up. 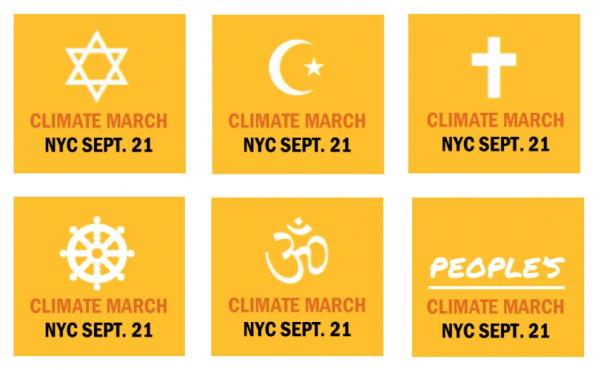