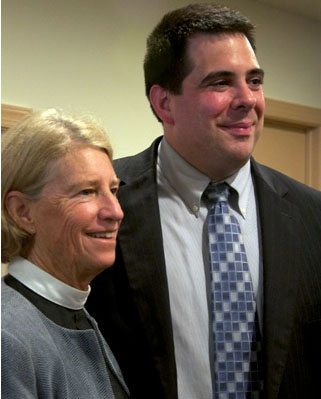 Like many conservatives, I was traditionally skeptical of the science supporting anthropogenic global warming. Today, I am skeptical no longer. Like conservative blogger D.R. Tucker, on this issue, I was ultimately “defeated by facts.”

According to Tucker’s article “Confessions of a Climate Change Convert” on FrumForum, reading the 2007 Fourth Assessment Report of the Intergovernmental Panel on Climate Change was the critical moment in his conversion process. In my own case, I finally reached a point where I could no longer in good conscience deny the implications of the cumulative weight of so large a corpus of evidence.

That body of evidence is extensive, and growing. For example, in 2010 the National Academy of Sciences issued what its president, Ralph J. Cicerone, deemed “the most comprehensive report ever on climate change.” The report echoes many of the same findings as the earlier 2007 IPCC report that played a key roll in Tucker’s conversion but includes five additional years’ worth of evidence and data. And in 2010, the Pentagon identified climate change as a threat to our nation’s security in its Quadrennial Defense Review for the first time.

As a practicing Roman Catholic, another critical element for me was the leading role being played by Pope Benedict XVI and the Catholic Church in articulating the moral imperative to address manmade global warming. For example, in May a working group at the Pontifical Academy of Sciences issued a declaration calling on all people of good will “to recognize the serious and potentially irreversible impacts of global warming caused by the anthropogenic emissions of greenhouse gases and other pollutants, and by changes in forests, wetlands, grasslands, and other land uses.”

In the end, my own reading and research made the following conclusions inescapable: today, there is no debate in the scientific community about whether the Earth is warming – it is. There is also a nearly unanimous consensus that human activity is responsible for this warming.

Given the foregoing, addressing climate change today is an ethical and moral imperative. Failing to do so is a repudiation of our responsibilities both to each other, and most particularly, to future generations. It is a breach of faith, trust, and duty, of enormous magnitude.

Regrettably, while the case for manmade global warming has become increasingly more persuasive over the past several years, and the need for immediate action ever more apparent, public opinion in the United States has been trending in the opposite direction.

The scientific evidence, however, cannot be wished away. Today, we must work with renewed vigor to better educate the public on the threat posed by AGW, and to build support for policies designed to eliminate or mitigate it, while there is still time.

Michael Stafford is a former Republican Party officer and the author of “An Upward Calling.”