Loss and Damages in Light of Discussions on Adaptation 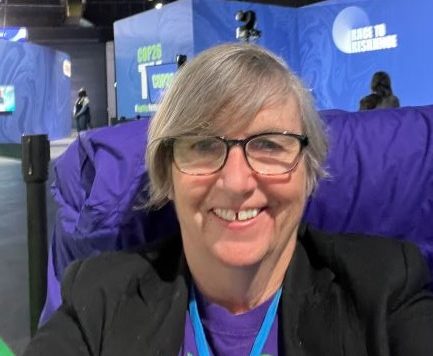 Loss and Damages in Light of Discussions on Adaptation

By Rev. Cindy Crane, Director of the Lutheran Public Policy in Wisconsin

Faith communities and many activists from secular organizations continue to lift our voices on the need for financing loss and damages.  However, the issue continues to be more implicit within adaptation plans rather than realized separately.  National Adaptation Plans (NAPs), although still not part of a people’s movement, has garnered international attention.  The Global NAP Coalition has 1,500 plus members from 150 countries.

For many governments to receive funding for climate adaptation, they need to develop an NAP.  For example, Ghana was able to secure $40 million in a grant to build climate resilience after submitting their NAP.  Some countries include loss and damages in their plans.

A few key points about adaptation include the importance of analyzing data that helps us to predict damages caused by climate change; rewriting regulations and standards as energy systems transform; ensuring a continual supply of energy in cases of loss and damages to people’s energy supplies; and increasing our use of renewables without depending on any single grid.

Advocates focused on NAPs and those on loss and damages as a separate category with its own designated funding have similar concerns.  Both agree that people experiencing extreme poverty in developing countries are often the ones most quickly and profoundly impacted by climate change.  Each group of advocates understands that the world will survive by working collaboratively to share knowledge and by not leaving anyone behind.

Experts in planning for adaptation are alert to the growing problem of insufficient insurance coverage for losses and damage.  For example, increasingly, insurance companies are insuring fewer homes that have even a small chance of being damaged by floods.  How do we work with those companies?  Which public policies are required for finances to fill the gaps?

Those focused on loss and damages have overlapping concerns.  But so far at COP26, there has been little discussion about loss and damages as an immense problem that needs attention with a separate pool of funding.

It may be a sign of great hope that there is a section on Loss and Damages in the draft CMA decision proposed by the President.  As faith communities, we continue to advocate for no one to be left behind.