How is climate change already affecting the earth?

Climate change is no longer a threat for the future; it is reality, here and now.  Every region of the planet has been significantly affected. The clearest measure is globally-averaged temperatures, which have risen steadily for decades. The graph below shows that global warming has accelerated dramatically since the year 2000. Every year since 2000 has been hotter than any year before 1998 (NASA, 2018)

You may note that the global atmosphere has warmed by just 1.5 degrees since 1900, which may not sound like much. However, most scientists and policy makers agree that a further two degrees of warming could be devastating. For example, heat waves are predicted to last 40% longer, while the amount of fresh water available decreases by almost 20% and wheat production decreases by 15%. 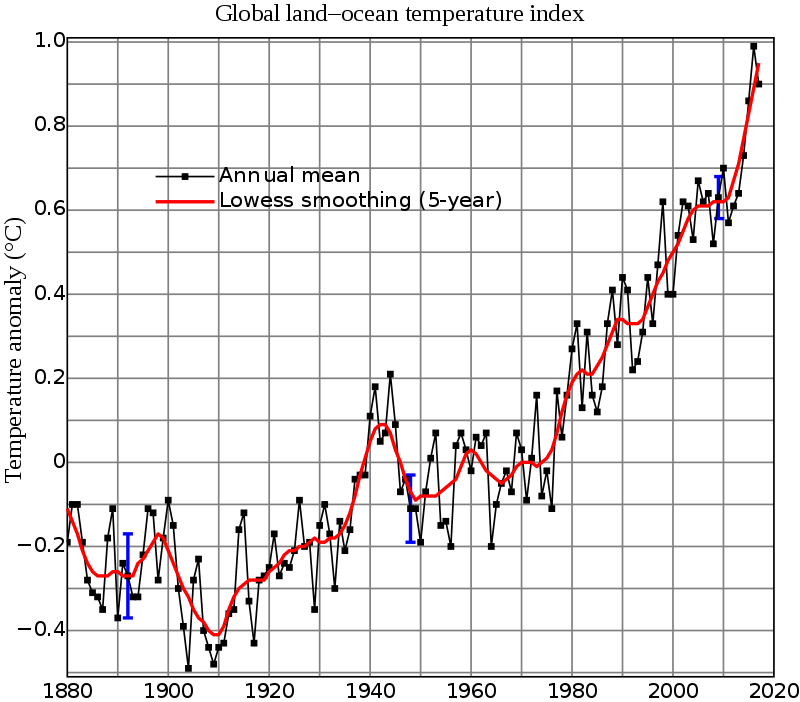 NASA data from 2018 show that the earth’s atmosphere has warmed steadily for over a century, and that the warming has accelerated dramatically since 2000.

The effects of this global temperature rise are readily observed in every part of the United States.  Roughly stated, whatever severe weather most affects a given region is exacerbated by climate change. Thus, California is hit with drought, extreme heat, and wildfires. The Gulf of Mexico and Atlantic Seaboard experience a longer and more severe hurricane season. The East Coast, especially the Northeast, is battered by more violent storms. These events are expensive – in 2017 alone, the combined cost of climate related disasters exceeded $306 billion dollars.

Effects on the Ecosystems 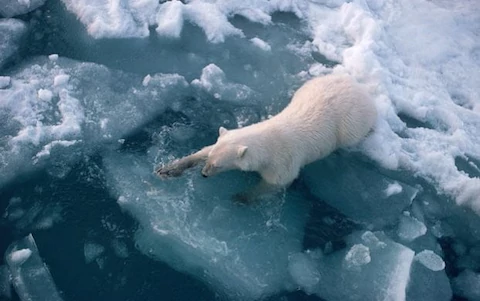 Polar bears, which rely on Arctic sea ice to survive, will probably be extinct by 2050 or sooner.  Several other cold-adapted animals, such as reindeer, penguins, puffins and cold-water fish are also severely threatened.  Frog populations, already severely impacted by chemical pollution, could be devastated.

Speaking of posters, one of the most beloved marine ecosystems is also the most threatened. The image  below shows the same reef in American Samoa before, during, and after a coral bleaching event. It took less than one year to kill this reef. Source: NBC Chicago

There is no denying that this is a very frightening situation. Some of the damage already done by climate change is irreversible, and things will get worse before they get better. There is no silver bullet to solve climate change, but there is silver buckshot. Read on to learn more about personal lifestyle changes and political actions that will help.