Diverse Group of Faith Leaders Deliver Pope’s Climate Appeal to the State Department, Offer Prayers in the Lead Up to COP26 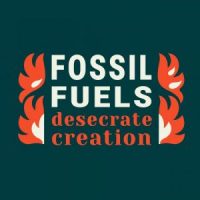 Diverse Group of Faith Leaders Deliver Pope’s Climate Appeal to the State Department, Offer Prayers in the Lead Up to COP26

WASHINGTON, DC — As President Biden and world leaders prepare to travel to Glasgow, Scotland for the Conference of Parties (COP), two dozen clergy and faith leaders representing diverse faith traditions gathered outside the State Department to read from and hand deliver a copy of Faith and Science: An Appeal for COP26, a recently-released multifaith climate action Appeal led by His Holiness Pope Francis.

This COP, postponed a year due to the COVID-19 pandemic, marks a critical juncture in global climate negotiations. Five years after the Paris Agreement, countries must increase their greenhouse gas emissions reductions targets to keep average temperatures below 1.5 degrees Celsius (2.7 degrees Fahrenheit) and avoid the most harmful impacts of the climate crisis.

“As people of faith and conscience, we understand that the climate crisis is a spiritual crisis and that our faiths call us to prioritize the health and well-being of those who are most vulnerable,” said Rev. Susan Hendershot, President of Interfaith Power & Light. “Climate disasters and pollution are bringing death and destruction to communities in the U.S. and globally. It is our sacred calling to act. The U.S. has a moral responsibility to accelerate ambition and care for the most vulnerable people at COP26.”

Recognizing the stakes, the Vatican convened representatives from the world’s major religions to draft the Appeal that faith leaders read from during today’s program. The document, which was released in Rome on October 4, calls on world leaders to take decisive action to confront the climate crisis by raising their commitments at the COP. It also urges wealthier nations to do their fair share by drastically reducing their greenhouse gas emissions and providing funding and support to more vulnerable countries.

“As the Appeal itself notes, we live in ‘an age fraught with division and despair,’ and yet this incredibly diverse group of faith leaders came together, seeking to share a prophetic vision of hope. Now we must ensure that the nations of the world take the actions needed to protect our ‘common home’ and build a just and sustainable future,”  said Rabbi Daniel Swartz, Executive Director, Coalition on the Environment and Jewish Life, one of four American signatories to the Appeal.

Since the release of the Laudato Si’: On Care for Our Common Home encyclical in 2015, Pope Francis has been a leading voice on climate action. President Biden, a devout Catholic, will have an audience with the Pope just days before the start of the COP. Secretary Kerry, who was also raised in the Catholic faith, met with Pope Francis earlier this year.

“President Biden and Special Envoy Kerry are men of deep Catholic faith. We hope that they find inspiration and courage in Pope Francis’s consistent call for urgent and ambitious climate action centered on justice for the most climate vulnerable communities around the world. This includes intergenerational justice. As the statement said, ‘We inherited a garden; we must not leave a desert to our children,” said Chloe Noel, Faith Economy Ecology Project Coordinator, Maryknoll Office for Global Concerns.

Participants at today’s event offered prayers for both men as well as other U.S. officials participating in the COP. The vigil was one of hundreds of actions taking place around the world as part of Greenfaith’s Faiths 4 Climate Justice.

“The crisis of climate change is a shared concern for the whole of humanity. It would not spare anybody of its drastic impacts based on one’s economic status, the same is true for nations. If one nation sinks, we all sink. The United States has to lead the world on this.” said Dr. Rajwant Singh, Founder and President, EcoSikh, another signatory to the multifaith Appeal.

The vigil was held as Congress nears a self-imposed deadline to pass a reconciliation package that could include historic levels of investment in clean energy and transportation, and a target of 100% clean energy by 2035. Majority Leader Schumer estimates that fully funding the reconciliation package and infrastructure bill – known as President Bident’s Build Back Better Agenda – could enable the U.S.to cut its emissions by 45% in the next decade, nearly all of the United States’ current 50-52% emissions reductions pledge.

“While today’s program is focused on the Administration, communities of faith are not taking the pressure off Congress for a second,” said Dahlia Rockowitz, Washington Director, Dayenu: A Jewish Call to Climate Action. “We know that if Congress fails to pass big and bold climate investments in the Build Back Better package, President Biden will show up in Glasgow empty handed, failing not only the global community, but future generations.”

“The pandemic has devastated communities in the U.S. and across the globe. The road to recovery demands we take bold stands and make substantial investments to ensure communities thrive holistically,” said Sandy Ovalle, Director of Campaigns and Mobilizing, Sojourners. “Christians are watching to ensure climate priorities receive the investments that our communities deserve. Congress must ensure we have the resources to reduce emissions at significant rates to promote our recovery and contribute to our fair share of responsibility to reduce global warming. ”

Photos from today’s vigil will be available in this folder following the event.