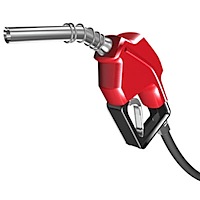 The Obama administration is currently negotiating with the auto industry and the state of California on new fuel efficiency and carbon pollution standards for 2017 – 2025. As usual, the auto industry is claiming cleaner, more efficient cars will be too expensive to build. But, we’ve watched industry make that claim every time a new safety or environmental standard is proposed – from seatbelts to catalytic converters to fuel economy. Yet, each time, the improvements have been made, and cars have continued to roll off the assembly lines uninterrupted. In fact, it was Detroit’s focus on large gas-guzzling SUVs that put them at a disadvantage as the market shifted and gas prices rose.

High prices at the pump disproportionately hurt low-income families who must rely on inefficient automobiles to get to work and school. The new standard will make fuel-efficient cars more accessible, saving precious dollars in the long run, while reducing our harmful impact on Creation.

As people of faith, we must not stand by and let those who are most economically vulnerable suffer the blows of rising fuel costs.

Today’s fuel economy standards are harming our economy, our environment, and the most vulnerable in our society. If we don’t change, we will leave a legacy of disastrous environmental effects for future generations.