Climate change is a clearly defined problem, and we know what to do to solve it. For any action we take, we can predict its exact effect on our carbon footprint. By contrast, climate change denial is a deeply rooted, complex and intractable problem. We cannot predict the exact effect of anything we do or say.  Nevertheless, several studies have offered some guidelines.

This script does NOT work well: “Climate change is real, yes it is! The world is coming to an end! It is our fault, well mostly your fault.  Here are a list of facts. No, your ‘facts’ are all wrong. If you’re not part of the solution you’re part of the problem.”

Ways to approach the issue

All major religions teach about the sanctity of nature as God’s creation, a concept which also appeals to religious and political conservatives. The value to our country of unspoiled wilderness helped John Muir convince President Roosevelt to establish the National Park System. Roosevelt described Yosemite valley to a “solemn cathedral…far more beautiful than any built by the hand of man.”  Pope Francis’s Encyclical on the Environment discussed our obligation to be stewards, and also laid out the moral issue that the poor are disproportionately affected by environmental problems. The work we do here at IPL brings all people of faith together to work for our common  home, as Pope Francis calls it.

Yale Climate Communications Project studied the moral and values-based arguments. They found “Values and beliefs that are widely held among Americans … suggest that a moral framing of global warming could resonate with many people currently unconcerned about the issue. For example, most Americans believe that caring for the poor, the environment and future generations is important, but fewer understand that reducing global warming will help all three. Most Americans believe that humans should be stewards, rather than rulers of nature, and levels of environmental concern are relatively high.”

Belief and identity are strongly linked. Consider the many people you know who identify primarily as Christians, Jews, Muslims, Buddhists or atheists, Democrats or Republicans, environmentalists, capitalists or socialists. All of these essential identity groups are defined by a set of shared values and beliefs. Often, those beliefs spread far beyond the basic tenets of the shared identity.

Personal identification with the current political administration may have a significant effect on people’s perception of facts. For example, between 2017 and 2018, the number of Republicans who say most scientists believe global warming is occurring dropped from 53% to 42% of those surveyed. By contrast, the number of Democrats who think global warming will pose a significant threat in their lifetime rose from 58% to 67%.

Studies of the psychology of climate change denial reveal that almost half of Americans still do not accept that climate change is caused by human actions. Climate change deniers tend to have something to gain by defending the status quo. Appeals for  empathy toward victims of climate change may be ignored. Furthermore, factual arguments do not change deeply held beliefs.  Appeals to shared identity may be more helpful.

Several surveys have given us a profile of the typical climate change denier. White, male, conservative. Probably  lives in a state whose income depends on fossil fuel. He might look like Dale Ross, the Republican mayor of Georgetown TX. In 2018, his town of 67,000 people became the largest town fueled by 100% clean electricity.

Or perhaps the typical climate change denier is an evangelical  Christian, like Richard Cizik.  A friend took Rev. Cizik to a climate change conference, where he experienced a nearly-religious revelation. He now writes blog posts for IPL and campaigns for action on climate change.

“I liken it to a religious conversion, and not just because I saw something I’d never seen before — I felt a deep sense of repentance.” (New York Times)

It is also worth noting that climate change denial is a uniquely American phenomenon. After interviewing conservatives around the world, the New York Times concluded that “The fight against climate change is a nonpartisan issue across the globe except, of course, in the United States.”

The Yale Program on Climate Conversation has published a series of maps representing some important data. Only one third of Americans report  that they discuss climate change occasionally, and about half agree that climate change is caused by human activity. However, more than 75% support funding research on renewable energy and regulating CO2 as a pollutant.

This makes perfect sense. Conversations about climate change are scary; it is easier to say “Don’t even think about it”.  Furthermore, blame is very uncomfortable. In most any argument, one party will generally say “let’s move beyond the blame and finger-pointing”.  This tactic will be essential to build consensus toward a cleaner future.

So, instead of saying “It’s real! It’s our fault! We’re doomed!”, focus  on the many benefits of clean energy, such as cool technology, jobs creation and breathable air. 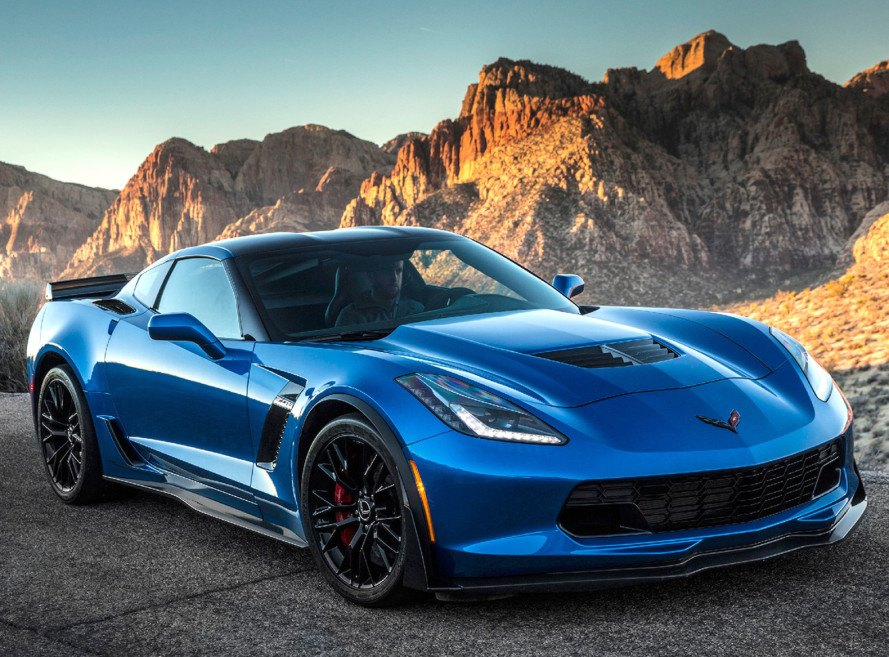 This all-electric Corvette promises to drive 200 miles per hour. Gotta admit, that is much cooler than sorting garbage and eating vegetables.

Talking about jobs and justice 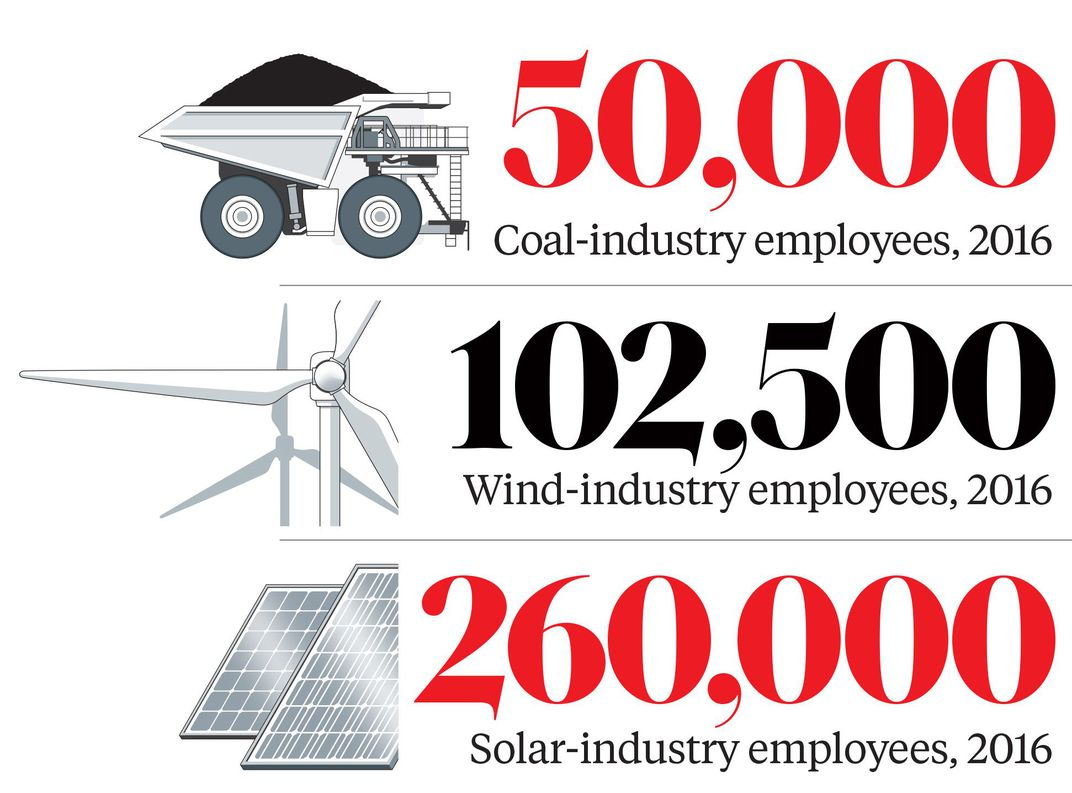 For decades, the common man has been set in opposition to the environment. He felt that his job in fishing, lumbering, oil, coal or development was threatened by environmental protections. Or he wondered why anyone would worry about condors when people were starving. It is time for that conversation to change.  For starters, clean energy already employs seven times as many people as the coal industry.

“Arguing that innovation in alternate energy sources would lead to the creation of jobs does not necessarily require convincing someone of the harmful impact of climate change.” (Quartz)

Some climate change deniers believe that scientists created the whole idea as a money-making proposition. Consider – the fossil fuel industry provides plenty of high paying jobs, for scientists as well as lobbyists. Why go to all the effort of creating an international conspiracy? How could an individual scientist benefit from this? Why would academic scientists risk their careers by lying?

Some climate change deniers like to cherry pick the data, by finding a brief interval during which global temperatures went down or the arctic sea ice increased. Others try to claim that climate models miss some key detail such as water vapor. Consider – the basis of science is skepticism. Many scientists were initially skeptical about human-driven climate change. So they tested the models, collected more data, argued and re-tested.  More and more scientists have gotten involved around the world, and they have unambiguously confirmed the reality of human-created climate change.  Why not accept the truth?

As any advertiser will testify, kids can have a huge effect on their parents’ buying habits.  Environmental educators have a far smaller budget than advertisers, but can still encourage kids to make thoughtful choices in stores.  Even the youngest kids can understand about carrying a canvas grocery bag and choosing foods with less packaging.  Older kids can weigh the value of a new gadget or toy against its environmental cost. As they grow, the same children may advocate for climate justice and may be able to help their parents understand the essentials of climate science.