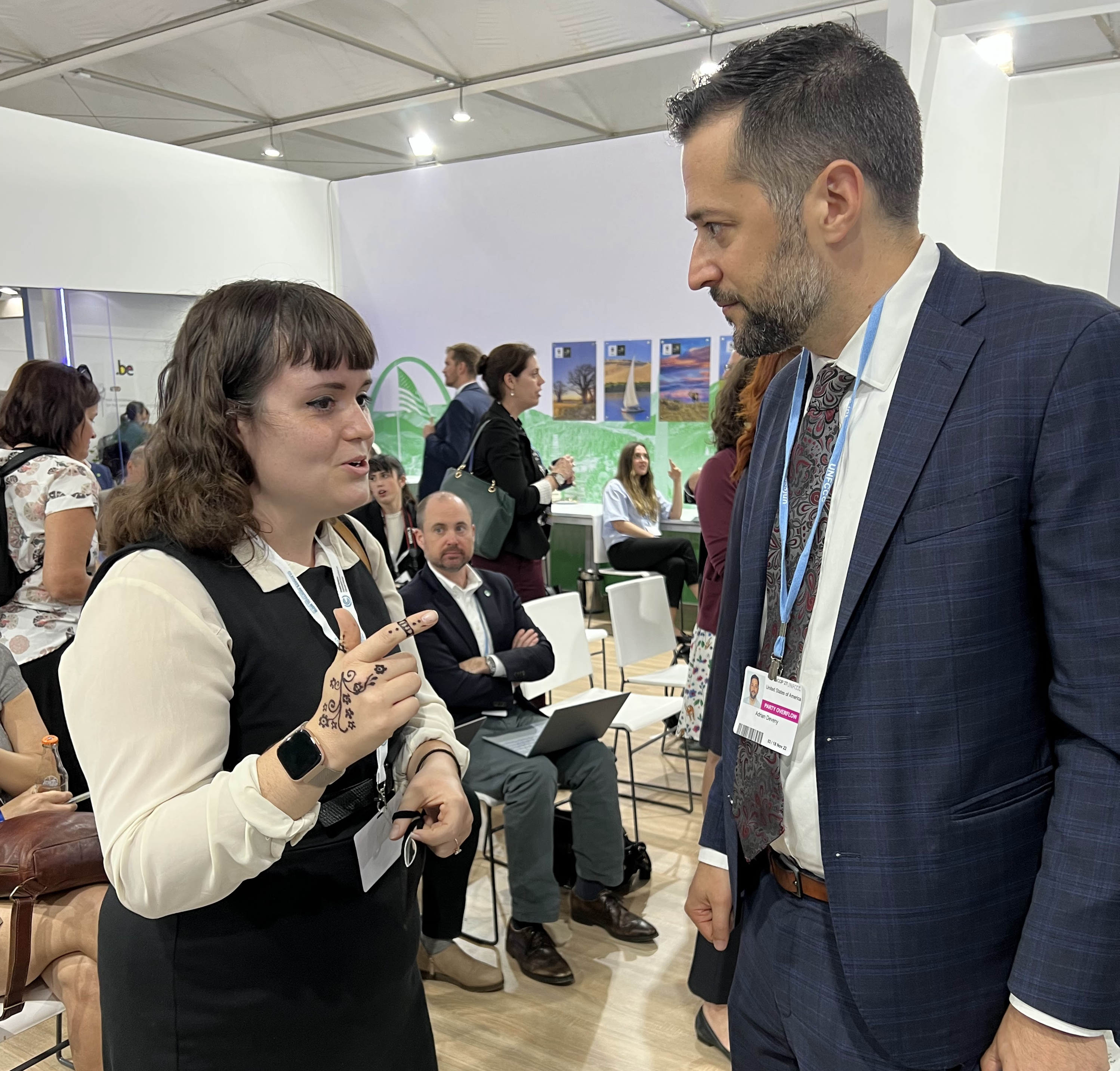 As the Federal Policy Advocate for Interfaith Power & Light and first-time COP attendee, I was unsure how my role would intersect at COP27. Within hours of arriving at the conference center in Sharm El-Sheikh, it became clear very quickly that opportunities to learn, connect and engage on federal policy were numerous.

I had the opportunity to attend a session at the America Is All In pavilion, where the National Caucus of Environmental Legislators (NCEL) was hosting a panel of state legislators; Chris Rabb from Pennsylvania, Liz Lovelett from Washington State, and Carey Hamilton from Indiana. The session was highlighting how their states are working to advance climate action through federal funds. As you can imagine, a big focus of this discussion was on the implementation of the Inflation Reduction Act.

To start off, the moderator of the panel from NCEL highlighted how state action can play a significant role in reducing the United States’ overall emissions, especially since many of our states are of similar size to smaller countries in other parts of the world. A powerful example of this was when Legislator Liz Lovelett highlighted Washington State’s ferry system, which is the second largest in the country, as one of the biggest polluters in the state. She discussed the work to transition the fleet to cleaner vehicles, and the overall positive impact it would have on the state.

Throughout the discussion, two common themes that kept arising were the need to center equity and the power of language. As the legislator from Legislator Chris Rabb noted, we have an enormous opportunity to transition to clean energy, and in order to succeed, implementation must be centered around equity.

Later in the afternoon, we had a chance to hear from two staffers in Senator Schumer’s office who played a huge role in crafting the Inflation Reduction Act of 2022. They discussed the journey to get the IRA passed, their research tools, and the next steps around implementation.

Although I often engage with legislative offices, this was a unique opportunity to meet with the senior-level staff I wouldn’t have had the chance to otherwise.

One of our top priorities, after the IRA was passed, was making sure Manchin’s dirty deal would fail in the short-term budget last September. As a refresher, this deal would gut bedrock environmental protections like NEPA, and greenlight the Mountain Valley Pipeline, placing frontline communities at risk. With the support of IPL affiliates, grassroots leaders, and other national partners, we helped defeat the bill. However, we know there is likely going to be a second attempt at attaching the dirty deal to budget legislation at the end of the year.

With the brief few moments I had with Senator Schumer’s Director of Energy and Environmental Policy, I emphasized our concern around Manchin’s deal as people of faith, particularly highlighting the Mountain Valley Pipeline. He said Senator Schumer’s office supported permitting reform to provide an avenue to fast-track green infrastructure. We are not opposed to permitting reform, but we strongly oppose any expansion of fossil fuel infrastructure that will harm our beloved communities. We will be following up with his office to continue to fight the harmful dirty deal!

I learned a great deal from these two sessions, and I walked away more invigorated to center environmental justice and equity in our policy work. Research and data are incredibly important in crafting strong policies, but decision-makers must remember the people behind the numbers. As the faith community, we have a moral obligation to ensure funding and resources are provided to those who need it most. 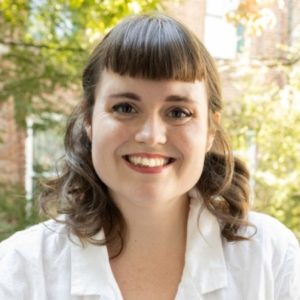