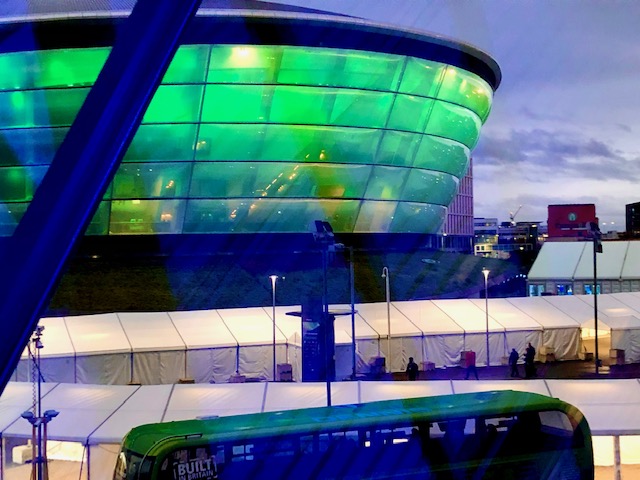 This is the last of my COP26 blogs about finance and the climate crisis. The first blog addressed the role of insurance, the second explored beneficial use of pensions and other pools of investment funds and this last blog will look at financial levers to protect, rather than harm rainforests.

On Tuesday, November 2, 2021, COP26 published a rainforest promise, “Glascow Leaders’ Declaration on Forests and Land Use.” The more than 130 signatories include, for example, China, Russia and the United States (read the declaration here).

The declaration includes provisions, such as this commitment to:

“Facilitate the alignment of financial flows with international goals to reverse forest loss and degradation, while ensuring robust policies and systems are in place to accelerate the transition to an economy that is resilient and advances forest, sustainable land use, biodiversity and climate goals.”

But will this promise be kept?

COP26 looked at rainforest promises on Wednesday, November 3rd, “Fixing Finance from the Ground Up: Making Indigenous Voices Count in the Fight to Stop Deforestation.” Watch it here.

“For many years Global Witness and Global Canopy have exposed the international demand for commodities – soy, beef, palm oil and timber, etc. – that are driving this destruction and the human and environmental abuses that go alongside it. The financial sector plays a key role in this global trade and must now work closely with the guardians for the forest who are Indigenous Peoples” (program introduction).

Miguel Guimaraes of AIDESEP, Interethnic Association for the Development of the Peruvian Rain Forest bore witness about what is happening in his community. Hear his own words in Spanish (session 21:23 – 32:23).

Accountability for Past Promises

Moderator Seema Joshi, Director of Campaigns for Global Witness, noted it is time to “address the accountability gap for finance on deforestation” (session 05:25 – 11:28).

Panelist Niki Mardas, Executive Director of Global Canopy, walked us through the history of past promises made and not kept (session 11:29 – 21:22).

In 2009, Global Canopy began the Forest Footprint Disclosure Project. It “focuses on production, use, and trade of key commodities linked to global deforestation” (website). Each year, companies driving deforestation are invited to disclose information about “sustainable supply chains for these commodities, and the actions they are taking to manage risks” (website).

For more than a decade, Global Canopy has been taking the accumulated information to bankers financing these companies and engaging with them about accountability for their decisions about which companies they are going to back. Initially, Mr. Mardas conceded the response was a “blank stare.”

Panelist Eugenie Mathieu, Senior Analyst with Aviva Investors also shared a history of promises not kept about the rainforest (session 32:24 – 41:10).

Aviva is Britain’s biggest insurance company. Ms. Mathieu, who is a former deforestation campaigner with Greenpeace, works in the biodiversity area analyzing companies and financial institutions.

She noted that in 2010, hundreds of companies in the consumer goods sector committed to phasing out deforestation products in 2020. But, “when we got to 2020, … not a single company had succeeded.”

Mr. Mardas observed that in 2014 and 2015, around the Paris Accord, there were apparently significant agreements on deforestation from “great and the good” in government, finance and commerce.

However, Ms. Mathieu pointed out that in “2014, they signed the New York Declaration on Forests” and “nothing really changed.” In fact, “deforestation has been accelerating particularly in countries such as Brazil [through supply chains].”

Will This Promise Be Kept?

Panelist Lord Zac Goldsmith, Minister of State for Pacific and the Environment, believes it is different this time. COP26 placed the natural world at the heart of this COP (session 41:11 – 47:47).

Yet we recognize, said Lord Goldsmith, that for all the public money committed, there is even more money “pulling in the opposite direction.” That is why we secured financial institution commitments “to reconcile their portfolios with nature.” We also secured commitments from the big commodity buyers, “they will stop buying products at the expense of the forests.”

Lord Goldsmith reported on the negotiations. “Some of them only signed up because they saw the signals from the commodity buyers, from the financial institutions.” They needed to go with the flow, because whether they liked it or not, whether they agreed with it or not — “they would be punished by the marketplace if they do not go along.” (BBC article about the agreement)

Mr. Mardas believes the November 2nd COP26 promise is “important” and “remarkable.” It covers “85% [now 97%+] of the world’s forests,” including Brazil, Russia, the world’s boreal forests and now “China coming on board.”

Mr. Mardas observed, it is critical that eliminating deforestation means: “no deforestation, no conversion of other ecosystems, no human rights abuses.” All three are “intrinsically linked.”

Ms. Mathieu seemed to reserve judgement, but she noted improvements over time. For example, she has analyzed Primark’s clothing business in the U.K. for years. Initially, Primark had one employee working two days a week to examine their supply chain; now there are over 100 full-time people monitoring from the U.K. and 10x more auditing from the field.

What Is IPL’s Role?

No doubt IPL will be examining our role in working with Indigenous Peoples on the front lines of climate change.

We need to remember Miguel Guimaraes of Peru, who faces personal harm as well as damage to his rainforest community. Listen to him speak in Spanish (session beginning 48:32). Read some of his words in English (Human Rights Defenders Database, in English).

And let me remind you of the words of Tongan Joseph Sikulu, Pacific Managing Director of 350.org:

“The climate crisis is connected by a flow of money that goes from financial institutions to extraction projects and the frontline communities are paying the price for it.”