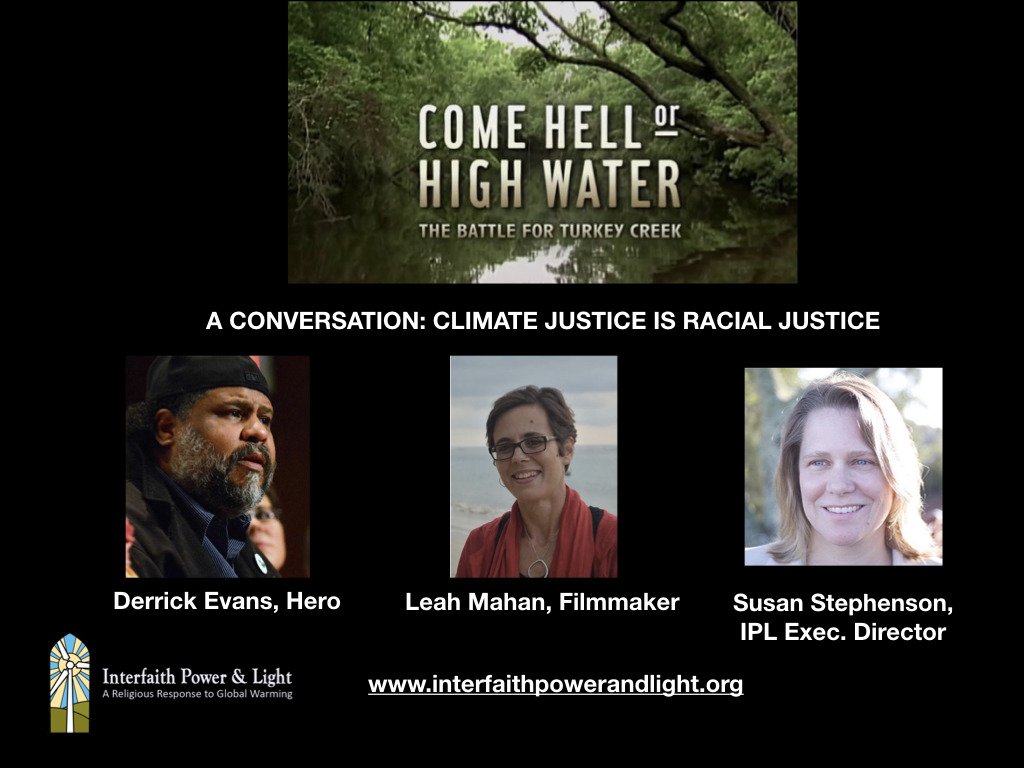 We live by story. As people of faith we know the power of story to transform our spiritual lives and our communities.

Hundreds of IPL supporters tuned in to watch Come Hell or High Water: The Battle for Turkey Creek, a very powerful story of struggle and restoration, and take part in the stimulating conversation with the filmmaker and the protagonist in the film.

Turkey Creek is an historic community in Mississippi founded by freed slaves that has been threatened by development, battered by Katrina, and poisoned by the BP oil spill. Thanks to the courageous and visionary leadership of hometown Derrick Evans, Turkey Creek is on the road to recovery, and this has sparked a restoration effort for the entire Gulf Coast.

Derrick credits his good friend and filmmaker, Leah Mahan with telling the story in such a moving and universal way that it inspired the action that brought Turkey Creek to national attention.

In response to the question, “How did the telling of the story of Turkey Creek change the situation there?”

Derrick replied, “If a tree falls in the woods, and no one sees it, did it really fall?”

He went on to emphasize that the telling of the story of Turkey Creek in the thoughtful and insightful way that Leah did it, inspired an interest in the struggles of Turkey Creek from a vastly wide array of groups – from government to environmental organizations to historic preservationists and more – that brought the necessary supporters together to restore Turkey Creek.

As a visionary leader, Derrick, who comes from a long line of preachers, including his mother, understands the uplifting power of hope, “You have to let the world know of your woes, but also your hopes – with a gleam of hope in your eyes and your voice about getting back to the garden.”

Tune in to the webinar video recording on IPL’s Facebook to hear the amazing updates on the restoration efforts for Turkey Creek revealed in the fascinating conversation.