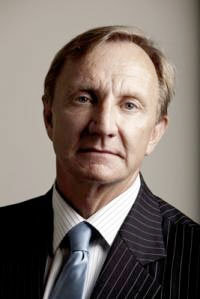 That means I believe in human-induced climate change, and as a person of faith, I know that it’s my duty to do something about it. Back when I was the vice president of the National Association of Evangelicals, I stressed climate change as a moral issue. And although it didn’t always make me popular, I knew it was the right thing to do.

I had an epiphany in 2002, when I attended a conference with leading scientists and biblical scholars presenting their findings on climate change. I realized that global warming is a real, human-caused problem, and that rising sea levels, pollution, and deforestation are already irreparably damaging some of the world’s most vulnerable communities. And I knew I had to do something about it. It’s right there in Genesis – people of faith are given the duty of tending and protecting the earth.

I know that being outspoken about protecting the environment isn’t always easy. Many people are afraid to bring it up, even with close friends and family. But as people of faith, as people who are committed to protecting all that God created and called good, it’s our job to lead the way in our communities and to hold our leaders and each other accountable.

In order to fight climate change, people of faith need to unite and work to change society. Everything from scripture to history books tells us that transformations like this don’t come from above – change comes from regular people, like you and me, speaking up about tough issues and making efforts in our everyday lives.

Since becoming a Climate Convert I’ve changed the way I do some things. First, I switched to a hybrid car. And composting isn’t optional in our home – it’s a commitment our family has made to live out our faith and make a difference in the world, starting right in our own backyard. Maybe you’ve also begun doing some things differently over the years. If you haven’t, I hope you’ll consider it. Whether it’s recycling, driving less, or eating more food that’s grown nearby – there are a lot of simple things you can do, and every little bit counts when we act together.