The Board of Directors of Interfaith Power & Light joins the civic groundswell calling for the swift removal of Donald J. Trump as President of the United States, by any lawful means.

On Wednesday, we watched with grave concern as white supremacists and other extremists took over the U.S. Capitol, taking illegal and violent action and inappropriately invoking religion as they rampaged through the halls of our democracy.

This grave threat to our democracy was provoked and encouraged by the current president, seeking to overturn the election and remain in office against the will of the people. Though his remaining time in office is short, these actions are a clear threat to national and global security. We join the growing bipartisan chorus insisting that he is unfit for office, and must be removed for the safety of our country and its citizens.

Especially disturbing was the double standard on display by law enforcement, with a violent white mob receiving lenient treatment, in contrast to recent experiences of people of color in peaceful protest being met with intimidation and violence.  As an organization committed to racial justice, we must raise our voices at this latest display of racism’s continuing legacy. As people of faith, we are called to advance both racial and climate justice, and we commit ourselves to work to heal the divisions in our nation.

Washington, DC has been full of celebrations this week, as the District that gave President Trump just 5% of their vote bids him a not-so-fond farewell. On the Saturday after the election, as the major television networks called the race for President-elect Biden, Washingtonians took to the streets and partied into the night, ultimately buying more champagne than on the last two New Years combined.

But what else happened in this election?

House Democrats, who had been expecting their 232-197 majority to grow, instead saw it shrink to the smallest House majority in decades. Votes are still being counted in several races, but it’s clear that Democrats will have a very small margin for error. They will likely need the agreement of all but three or four members of their caucus to pass legislation.

Control is still TBD in the Senate, with Democrats failing to pick up expected victories in Maine and North Carolina. That puts the Senate at 50 Republicans and 48 senators in the Democratic caucus, leaving control to be determined by two run-off races in Georgia on January 5th. Whether or not Sen. Mitch McConnell remains majority leader will have big implications for what legislation is possible in 2021.

It could be an unexpectedly busy lame duck session, with negotiations over another covid relief bill ongoing. IPL and other faith partners have been speaking out on our vision for a faithful recovery for months. While a deal with some of our priorities seemed close in July and August, those talks ultimately fell apart. You can see our priorities for a faithful recovery here.

With the government set to run out of funding by mid-December, both parties have also expressed a surprising interest in completing a full budget process. Rather than passing another Continuing Resolution to keep funding at current levels for several months until the new Congress is seated, the current Congress will go through the full committee process to set the budget for 2021. We’re hopeful that any priorities not included in the covid relief bill can be funded in that budget.

What exactly Congress will be able to accomplish is largely dependent on the outcome of those Senate races in Georgia, but the faith community has already established principles for the new Congress and new administration. These principles will guide our shared call for climate action.

From day one, we’ll expect the Biden administration to get to work on integrating considerations of environmental justice into all of the workings of the federal government, while also starting the regulatory process of reinstating the 100+ key environmental protections rolled back by the Trump administration.

Be sure to check back here for updates on that work, as well as legislative priorities for the new session of Congress. And to everyone who voted in this election with the climate in mind, a big thank you from Interfaith Power & Light!

Reverend Dr. Oliver M. Thomas, an associate pastor in Greensboro, N.C., said national politicians continue to pander to religious voters on such issues as abortion and defunding Planned Parenthood — even though most people of faith are focused on candidates’ views on health care, the pandemic, economic inequality and racial justice.

Thousands of People of Faith and Conscience Call for Toyota, GM and Fiat-Chrysler to Support Clean Car Standards

Interfaith Power & Light collected signatures from thousands of people of faith and over 400 clergy and released the following statement in response to these automakers supporting a roll back of the nation’s clean car standards:

“Toyota, GM Fiat-Chrysler and several other automakers have decided to side with the oil industry and the Trump administration to put profits over people, and that’s why thousands of faith leaders from all across the country have signed a petition urging the automakers to stand for the values of protecting our air and climate”, said Rev. Susan Hendershot, president of Interfaith Power & Light. “Acting on our core values, it is clear to us that doing away with these safeguards is a grave injustice to communities that are suffering the burden of pollution, and to the most vulnerable who are already feeling the impacts of climate change.”

Faith leaders from around the country call on the the leadership at Toyota, GM, and Fiat-Chyrsler to act with sound moral judgment and with justice, putting human health at the forefront of their decision-making processes and abandoning this effort to roll back these life-saving standards. 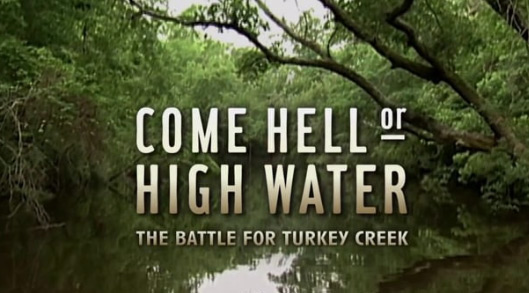