Meet our staff who are passionate about inspiring and mobilizing people of faith and conscience to take climate action. 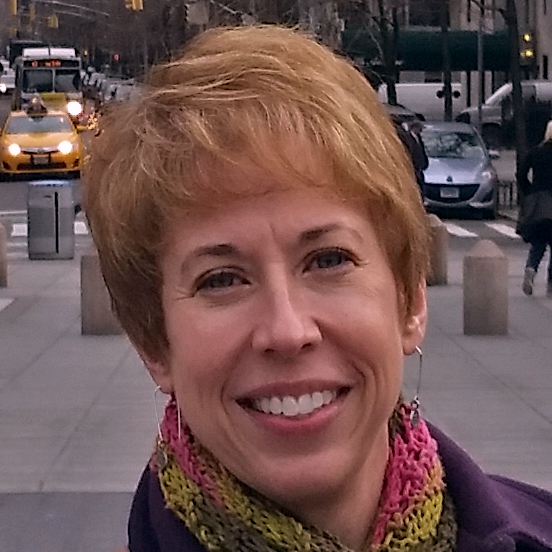 President
Rev. Susan Hendershot has served as president of Interfaith Power & Light since 2018. She was raised in a blue-collar family outside of Cleveland, Ohio, before attending Bethany College in West Virginia where she graduated with honors with a B.A. in Religious Studies. Rev. Hendershot went on to graduate school at Emory University in Atlanta, Georgia where she received her Master of Divinity degree from Candler School of Theology. After graduate school, she moved to Iowa, where she was ordained in the Christian Church (Disciples of Christ) and served as a pastor in local congregations, focusing on social justice. Rev. Hendershot also led faith-based nonprofit organizations and served as the first Heartland Field Organizer for the ONE Campaign on global poverty. Just prior to her current role, she served as the Executive Director at Iowa Interfaith Power & Light, one of the state affiliates in the Interfaith Power & Light network.

Currently, Rev. Hendershot serves as co-chair of the Executive Committee for the RE-AMP Steering Committee, a network of over 140 climate, energy, and environmental organizations throughout the Midwest. Rev. Hendershot believes that climate change is a moral issue, disproportionately impacting those who are most vulnerable in our world. She gets her motivation and inspiration from her two sons. 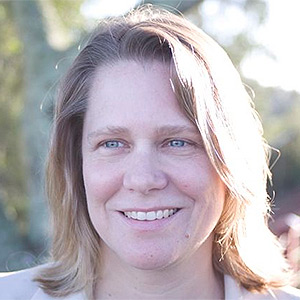 Susan oversees The Regeneration Project and its Interfaith Power & Light campaign. Susan has 20 years of experience developing and implementing issue-advocacy and electoral campaigns for environmental and other public interest organizations. Prior to joining The Regeneration Project, she served as vice president of the Oakland-based campaign consulting firm The Next Generation. Beginning in 1999, she organized and coordinated the California Global Warming Campaign, which implemented a proactive strategy resulting in several landmark legislative victories. She has been involved with California Interfaith Power & Light since its inception in 2000. Susan received a B.A. in English Literature from the University of North Carolina. When not at work she can be spotted hiking in the East Bay hills or attending a local music festival. 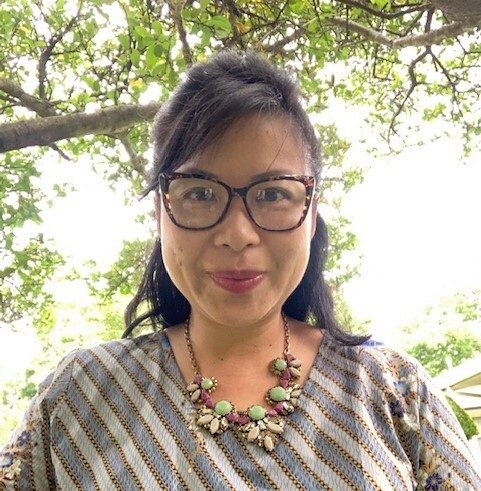 Janny is the Development Director at Interfaith Power & Light. She was born in Taiwan, came to the US when she was 5 years old, and grew up in Los Angeles. She has a PhD in anthropology and cares deeply about climate change, especially how it impacts the Global South and intersects with racial justice. She’s worked in the nonprofit and NGO space for over 12 years wearing multiple hats – always with a focus on social justice – in the education and STEM sectors, but a recent role made her realize that she enjoys the fundraising side the most, especially connecting with people on their passions and interests. In her spare time, she loves to spend time with her two young kids, Finley and Sloane, and her husband David. They like to hike and explore all the diverse neighborhoods that Dallas has to offer. She’s also certified as a life coach and enjoys coaching women on burnout, career change, and living a life of purpose and meaning. 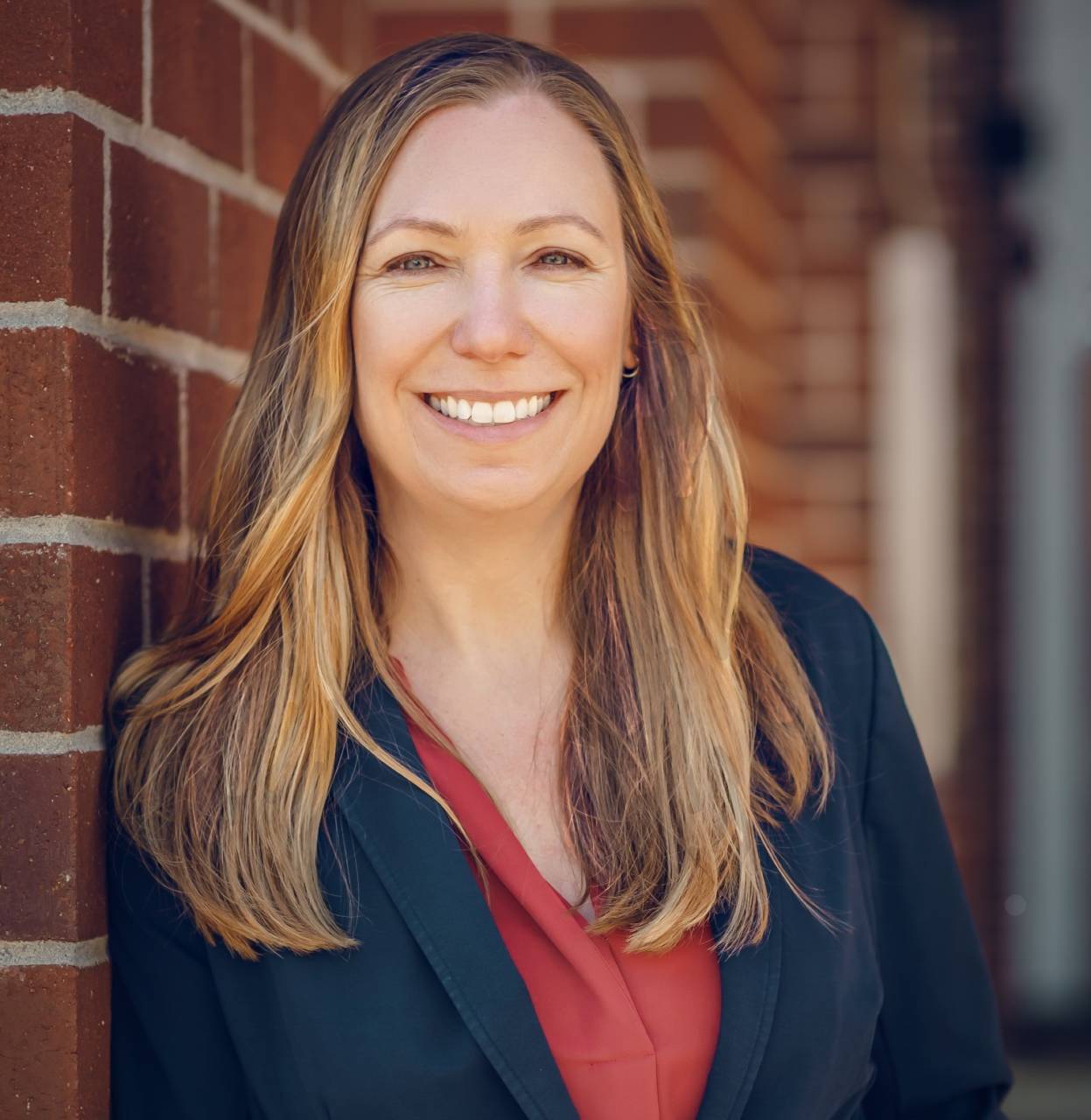 She managed the Sierra Club’s Beyond Coal Campaign work in Michigan, working to ensure that the state’s future electric needs were met in the cleanest, smartest, and most affordable ways. She has deep roots in organizing and bringing together community stakeholders. She’s based in Western North Carolina on Cherokee land. 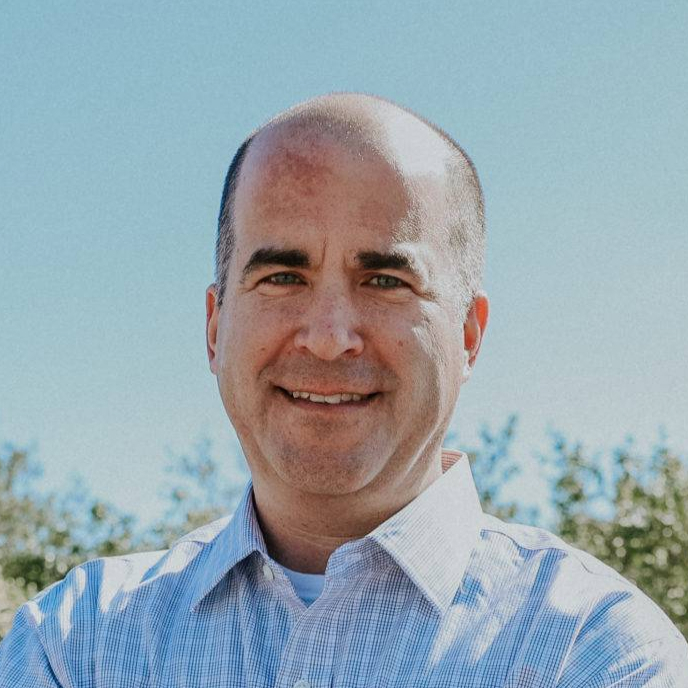 Mike guides and supports IPL affiliates, faith communities, and volunteers participating in IPL’s 2022 Faith Climate Justice Voter Campaign. He re-joins the FCJV Campaign after serving as its volunteer coordinator in 2020. Mike steered the Florida operations of Major League Baseball’s Pittsburgh Pirates from 1999-2004 and led the City of Bradenton’s (Fla.) Downtown Development Authority from 2006-10. He then co-founded and led a non-profit that helped people with low income become more financially capable. Mike also guided discipleship, mission, and business operations at a United Methodist church for five years.  He’s based in Bradenton, Florida, and enjoys reading, soccer, baseball, and spending time with his family. 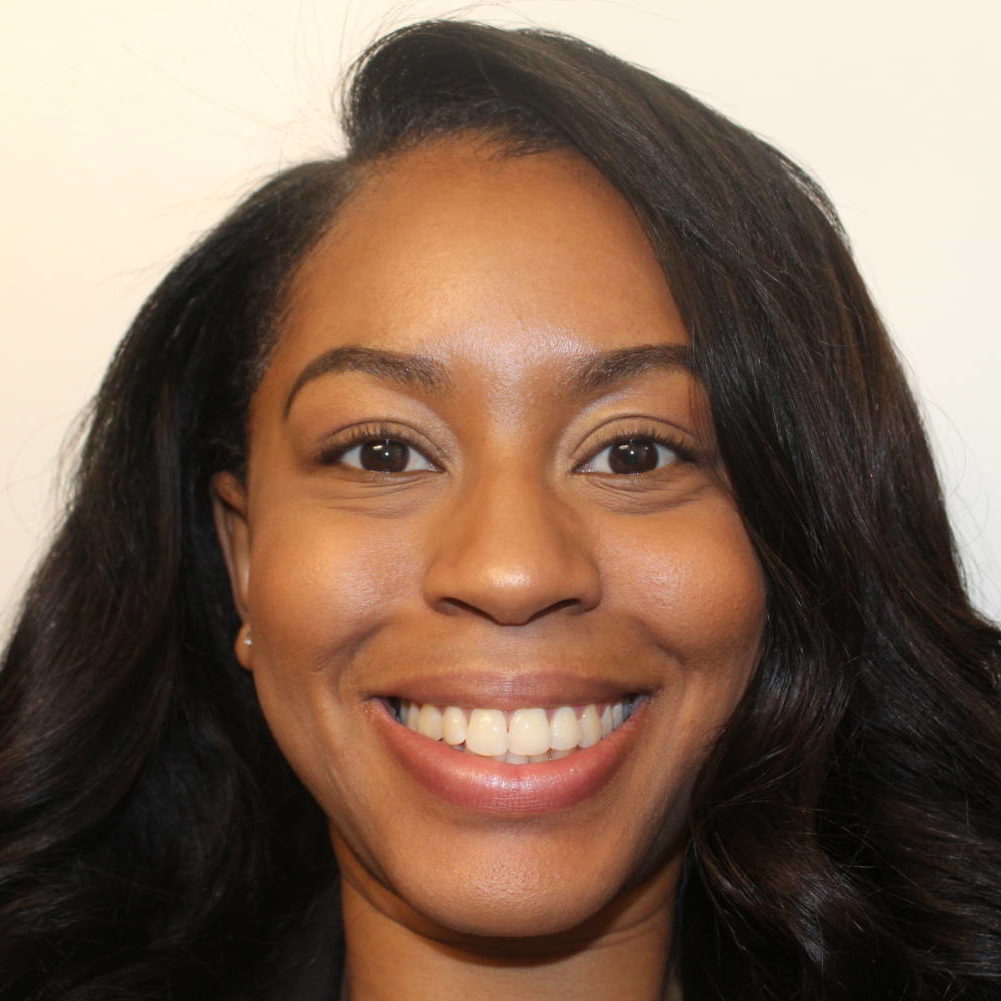 In her roles, Ashaki oversees the day-to-day office administration, provides board support, assists with our state affiliates, and coordinates event planning and logistics. She has a BS in Environmental Policy Analysis and Planning from U.C. Davis. Ashaki previously worked as a Program Manager for Climate Careers at Rising Sun Center for Opportunity, and her first job was the Science Instructor at the East Oakland Youth Development Center (EOYDC), where she served for four years. Additionally, she served as a small group leader within her college fellowship during undergraduate, and has a special passion to empower collegiate ministries to take bold action in the fight for environmental justice. In her spare time, she enjoys eco-traveling, outreach, and loves discovering new memes. 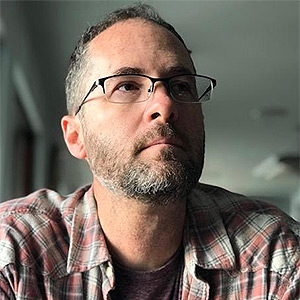 National Organizing Director and Affiliate Liaison
Bill supports all of IPL’s state affiliates and federal advocacy campaigns as national organizing director. Previously, he served as The Regeneration Project’s managing director from July 2004 until March 2007. Bill has two decades of experience in the nonprofit world. In 2007, he and a climate scientist spent much of the year bicycling across the U.S. giving talks and doing media outreach around global warming. Bill previously worked for The League of Conservation Voters and The Union of Concerned Scientists. He completed his Master of Environmental Studies degree at the Evergreen State College in Olympia, WA. 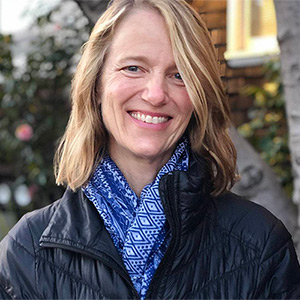 Community Engagement and Programs Manager
Sarah is the Community Engagement and Programs Manager for Interfaith Power & Light. She was awakened to climate action with the proposal to build a huge coal-fired power plant in her community in Iowa. Her response was to create the Cool Congregations program to help members of her home congregation reduce their energy use and care for our common home. Cool Congregations is now a program of IPL. Prior to IPL Sarah served for twelve years as the Program and Outreach Coordinator for Iowa IPL training green teams in Iowa and sixteen other states to conduct the Cool Congregations program. She developed additional educational programs including Food, Faith, Climate: Connecting the Dots, The Good Life Redefined addressing how our “stuff” contributes to climate change, Faith for Energy Equity on environmental justice, and Common Good, on advocacy. Sarah also served as Faith Caucus coordinator for RE-AMP, and trained as a secondary teacher with degrees from Iowa State University and the University of Iowa. She is inspired to do this work by her three daughters. 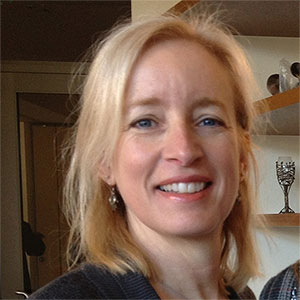 Business Manager
Monet has over 15 years of experience in financial management for for-profit and nonprofit organizations and has been a Certified Public Accountant in the State of California since 1990. She has a BS degree in Business Administration from San Francisco State University. She has nearly completed a Masters degree in Geography/Resource Management also from San Francisco State University. While away from work, Monet enjoys hiking, tennis, and spending time with her family. 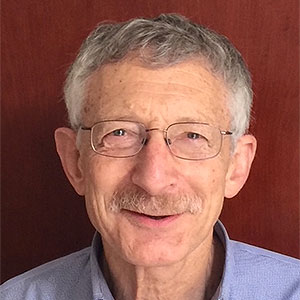 Renewable Energy/Special Projects
Gerald is the volunteer coordinating a variety of Renewable Energy products and projects at IPL as well as supporting CIPL with clean energy job development. He spent over 25 years providing business consulting services to companies in the transportation and energy industries, followed by 10 years with the California Community College system with responsibility for developing student and incumbent worker training programs in transportation and renewable energy. He has a BS in Aeronautics (RPI) and an MS in Engineering Management (Stanford). His favorite leisure activity is hiking and photographing diverse forest biomes. 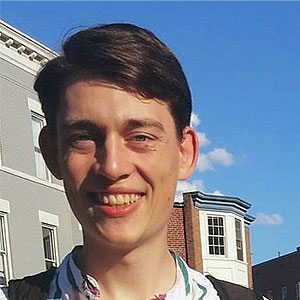 Federal Policy Associate
Jonathan represents Interfaith Power & Light in Washington, DC as our Federal Policy Associate, and also serves as Director of Faithful Advocacy for Interfaith Power & Light (DC.MD.NoVA), where he oversees organizing and advocacy for DC, Maryland, and Northern Virginia religious communities. Jonathan comes to this work after several years as an affordable housing advocate with MANNA, Inc, where he saw firsthand the strain that shifting weather patterns is putting on our communities. He is a graduate of Eastern Mennonite University with a degree in Peacebuilding and Development, and a member of the 8th Day Faith Community in Washington, DC. 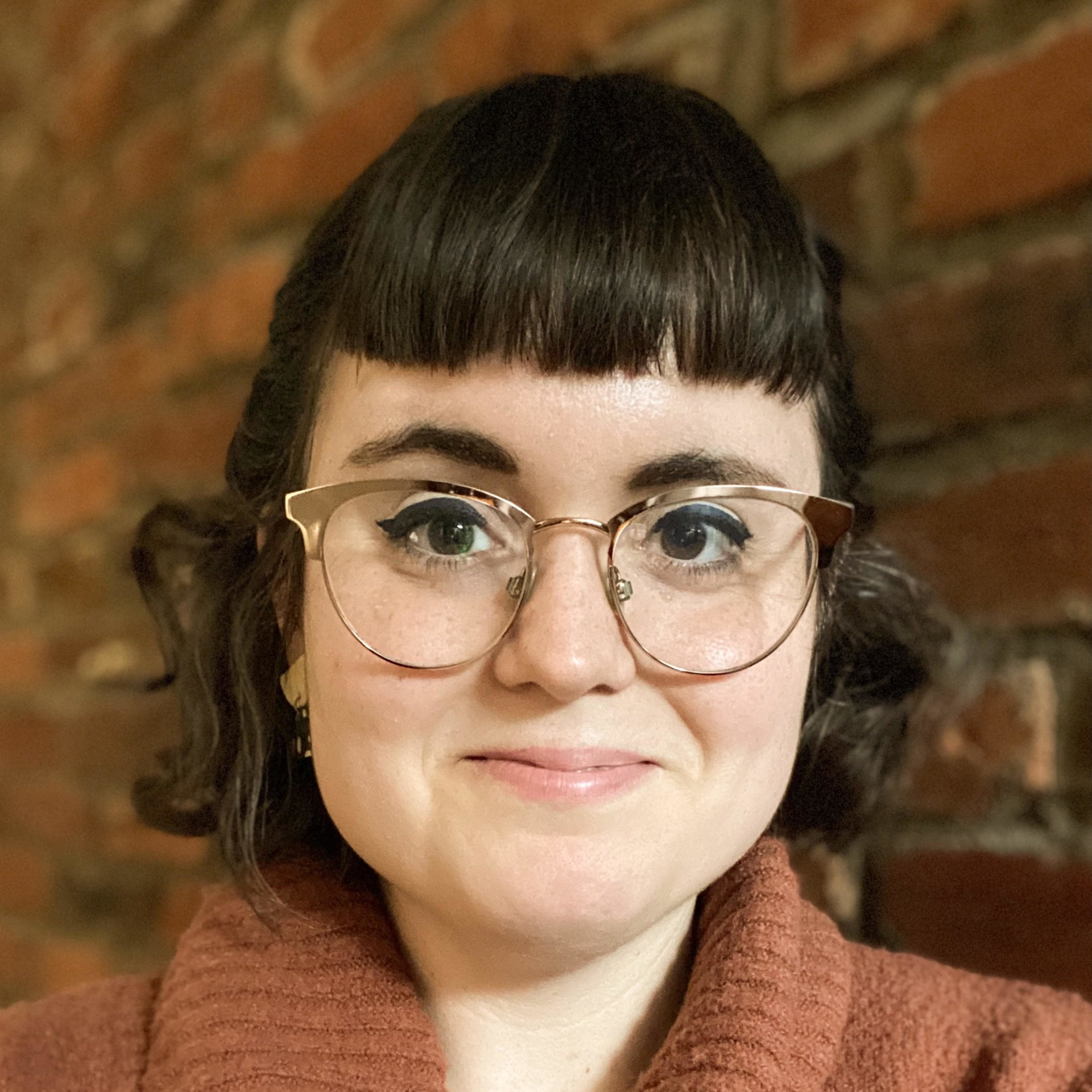 Federal Policy Associate
Madison supports Interfaith Power & Light’s advocacy work in Washington DC as a Federal Policy Advocate, while also serving as a Congregational Organizer for Interfaith Power & Light (D.C.MD.NOVA), where she works with congregations to provide climate programming for their communities. Madison joins IPL after working with the United Church of Christ in their policy office, where she learned about the power of faith based organizing and the value of moral imagination in addressing the climate crisis. She has a Masters Degree in Social Work from Washington University in St. Louis and a Bachelors of Social Work from Lipscomb University. She is most happy in the summer sun, sitting amongst wild things and watching birds with her partner.