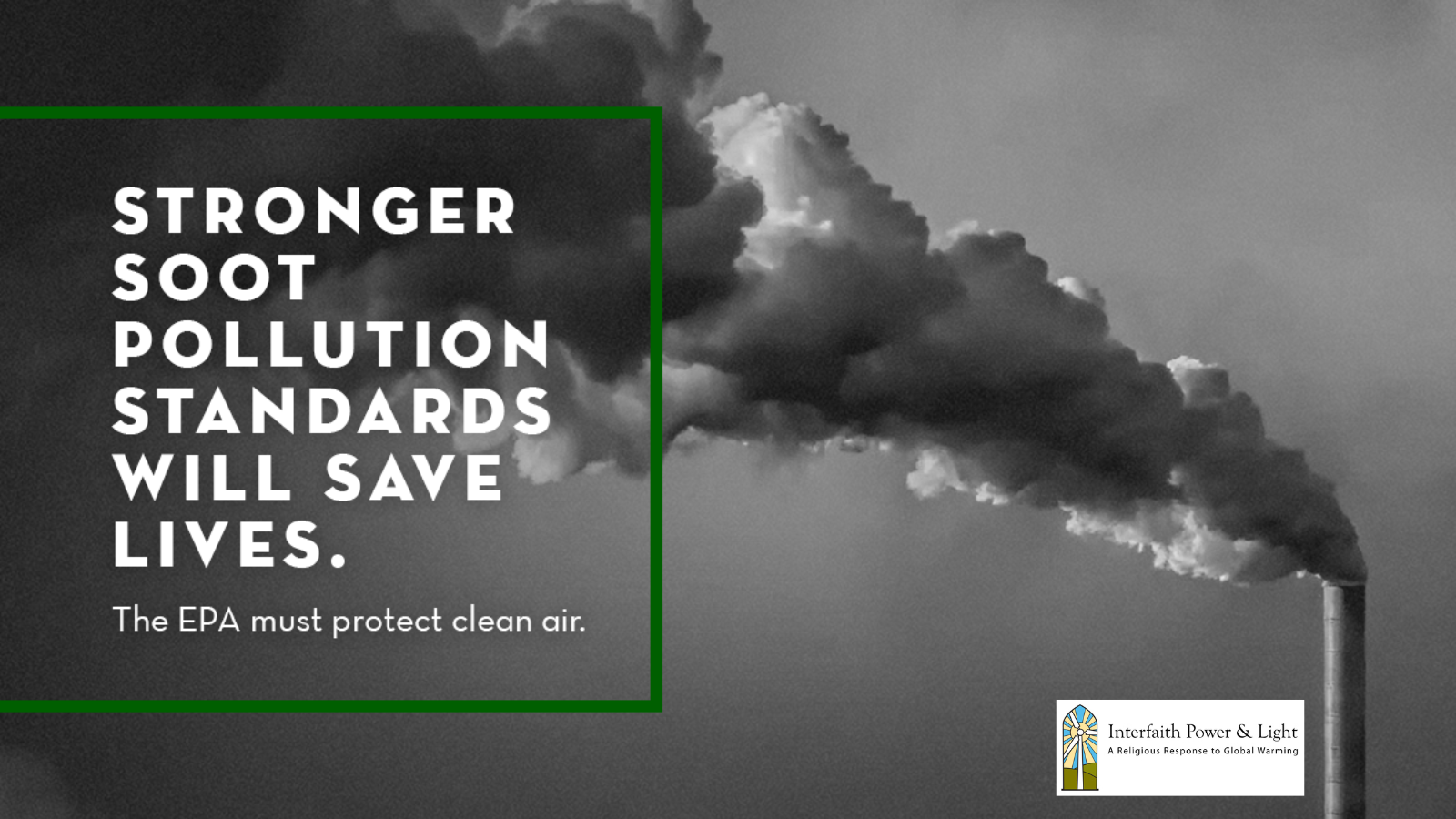 Washington, DC– Today the Environmental Protection Agency (EPA) proposed updating soot pollution standards. The update is an important step in the right direction but should be further strengthened to protect our air, advance environmental justice, and protect public health.

Soot is a dangerous and deadly pollutant that is produced by power plants, tailpipes on cars and trucks, and other industrial sources, and threatens public health and the environment — posing particular risks for children, seniors and people with chronic illness. According to the American Lung Association, 63 million Americans experience unhealthy spikes in daily soot, also known as particle pollution, and more than 20 million Americans experience dangerous levels of soot pollution on a year-round basis.

Soot is a highly inequitably spread pollutant, with its burdens falling especially to low-wealth communities and communities of color. These communities face increased health burdens from pollution compared to the overall population.

As people of faith and conscience, our values call us to be good stewards of our Sacred Earth and to ensure that everyone is cared for. The EPA has a moral opportunity to save nearly 200,000 lives each year by strengthening its final standard to reflect the health science and the recommendations of EPA’s independent science advisors.

The Interfaith Power & Light network urges the EPA to set the strongest soot pollution limits possible in the final standard to protect the health of our communities and our neighbors, and to advance environmental justice.

“EPA’s actions today are a step forward in helping protect our communities from deadly air pollution but are insufficient to fully address the problem. We have a moral opportunity right now to advance environmental justice, ensure that our neighbors have clean air to breathe, and to care for those most vulnerable to these toxins. No one should be forced to live in a community where it is hazardous to simply breathe the air. The EPA has failed to set the strongest science-based soot pollution standards that would protect communities.”

“Over 730,000 adults and 240,000 children in Georgia suffer from asthma. Georgians of faith and conscience want and need the EPA to set strong protections from soot pollution.”

“Our faith traditions declare people and the planet to be sacred. Pennsylvania has some of the worst air quality in the country, with Pittsburgh ranking as the 14th worst city in the country for year-round particle pollution, and Philadelphia coming in shortly behind at 18th. Pennsylvanians need the EPA to implement the strongest soot pollution limits possible to protect our health and advance environmental justice. This is not just smart policy, it is a moral imperative.”

“Over 460,000 adults and 75,000 children in Wisconsin suffer from asthma and need protection from soot pollution. People of faith and conscience want and need the EPA to set strong solutions for pollution.”

Interfaith Power & Light is a national nonprofit with over 40 state affiliates, reaching 22,000+ congregations in all 50 states. IPL inspires and mobilizes people of faith and conscience to take bold and just action on climate change.